From a former critic: Five Brian Cashman moves that have been essential to the Yankees success

By Unknown - May 24, 2017
For years, I have criticized general manager Brian Cashman, often berating him repeatedly in many of my articles here at the BBB. This season, I have come to the realization that Cashman has actually done quite an amazing job over these past few years. Don't get me wrong, Cashman has had his share of mistakes. We need look no further than his decision to give up Martin Prado for Nathan Eovaldi, give Chase Headley a four-year contract, or hand Ellsbury $153 million over seven years. The past three seasons and offseasons, on the other hand, have been a different story. The vast majority of Cashman's moves have been so brilliant that I've decided to reverse course, and praise a man I formerly had nothing but scorn for. Below, I identify and elaborate on Cashman's five best moves these last three years, and explain why these transactions have been essential to the Yankees 2017 success. 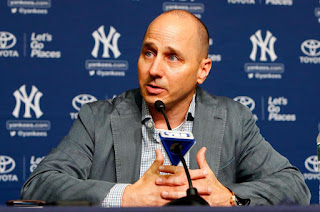 
1. Building up the farm system and not trading top prospects, specifically his approach to the 2016 trade deadline.

In a matter of a few seasons, the Yankees have went from having one of the worst farm systems in baseball to one of the best. For this accomplishment, Cashman deserves a ton of credit. Let's start with the homegrown players who are essential to the 2017 team. Aaron Judge and Gary Sanchez, both of whom the Yankees resisted urges to trade, have established themselves as fixtures in the middle of the lineup, hopefully for years to come. When Greg Bird returns from his long stint on the disabled list, the Yankees are relying on him to do the same. Furthermore, pitchers Luis Severino and Jordan Montgomery have become reliable members of the starting rotation.

For the first time in a long time, the Yankees were sellers at the trade deadline in 2016. In exchange for Aroldis Chapman (who the Yankees resigned this past offseason), Andrew Miller, and Carlos Beltran, the Bombers were able to further stack their farm system. The highlights of these three trades are Gleyber Torres, Clint Frazier, Justus Sheffield, and Dillon Tate. Torres, who the Cubs gave up for Chapman, has the most potential of them all. Recently promoted to Triple-A, Torres is getting more reps at third base, putting the struggling Chase Headley on notice. He can also play his natural position- shortstop, and second base. We will see him sooner rather than later. The crowded outfield makes it difficult to envision Frazier's debut, but he's also on the way. Sheffield and Tate, along with homegrown phenom Chance Adams, who may actually be closer to his MLB debut than the others, figure to be a part of the team's future.

Due to Brian Cashman's insistence, the Yankees farm system has been stacked, enabling the rebuild the occur. More impressively, the winning product Cashman had in mind has arrived years earlier than even he could have expected. 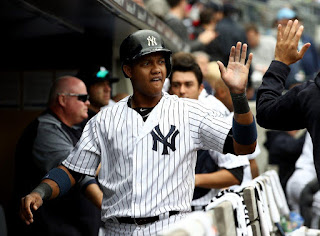 When Robinson Cano departed for Seattle following the 2013 season, the Yankees lost their best overall player. After attempting to replace Cano at second base with the likes of Brian Roberts and Stephen Drew, both of whom performed abhorrently, the Yankees knew they needed a real answer at second base.

Heading into the 2016 season, the Chicago Cubs were stacked with a plethora of young infield talent. Starlin Castro, a veteran compared to his younger colleagues, seemed to be the odd man out. The Yankees capitalized on this situation, acquiring Castro for only Adam Warren (who they ended up getting back in the Chapman trade in July), and the much maligned Brendan Ryan. During his first season in pinstripes, Castro performed admirably, hitting .270 with 21 home runs and 70 RBIs. The average may have been lower than Castro had become accustomed to throughout most of his time in Chicago, but these numbers represented a drastic improvement over what the Bombers got out of second base in 2014 and 2015. So far in 2017, Castro is one of the best hitters in the league. On pace to likely make the All-Star team, the 26-year old has finally put it all together. At this moment in time, Castro is undoubtedly the Yankees MVP (though a respectable argument could be made for Aaron Judge, as well).

It's crazy to think that Brian Cashman pulled this trade off for only Brendan Ryan. What a steal! 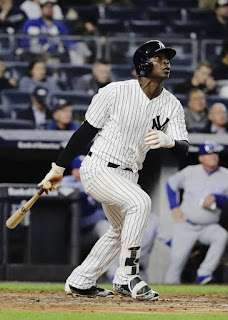 Replacing the legendary Derek Jeter was never going to be easy. Heading into 1 A.D. (After Derek) in 2015, Cashman made a move that really came out of nowhere. In a three way trade that also involved the Detroit Tigers, the Yankees acquired Didi Gregorius from the Diamondbacks in exchange for starter Shane Greene. Though Greene did show some potential during his brief stint in the Bronx, his first two years as a starter in Detroit were quite underwhelming. As a reliever this season, however, Greene has a 1.29 ERA in 21 innings of work.

Gregorius has progressively gotten better during his tenure in pinstripes. Though he got off to a rough start to his Yankees career in 2015, Gregorius rebounded to put up respectable numbers. In 2016, Gregorius had the best season of his career, hitting .276 with 20 home runs and 70 RBIs, all of which represent career highs for the knight (yes, Didi has been knighted in the Netherlands). In 23 games since returning from an injury he suffered during the World Baseball Classic while playing for the aforementioned country, Gregorius has been on fire. Didi is currently hitting .319 with a .776 OPS, five home runs, and 14 RBIs. Though prone to the occasional boneheaded mistake, Gregorius has the potential to turn into an elite defender. I'd argue the 27-year old shortstop is well on his way to a gold glove in the foreseeable future. 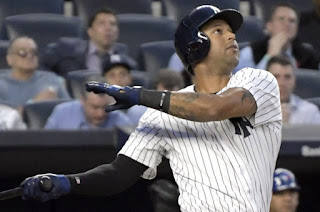 One year ago, I couldn't have imagined that I'd be referring to this trade as a brilliant move on the part of Brian Cashman. Alas, I have been proven wrong. Following the 2015 season, the Yankees decided to take a gamble on Aaron Hicks, the fourteenth overall pick in the 2008 draft who had fallen out of good grace with the Minnesota Twins. While Murphy put up respectable numbers as the Yankees backup catcher in 2015, he was certainly expendable. Since arriving in Minnesota, Murphy struggled so mightily that he hasn't even played in the majors in 2017.

Hicks got off to a horrid start to his Yankees career. As the backup outfielder in 2016, Hicks played in 123 games and only hit .217 with eight home runs and 31 RBIs. For fans, like myself, who were frustrated with the Bombers' 2016 performance, Hicks became one of the infamous scapegoats. It is worth noting, however, that prior to an injury in September, Hicks' stats did improve. The 2017 season has been as stark of a contrast from last season as one could imagine. Hicks is currently hitting .293 with 8 home runs and twenty RBIs in only 33 games. In fact, he's performed so well that the Yankees have been forced to rest other outfielders (primarily Brett Gardner and Jacoby Ellsbury) who have also gotten off to good starts this season, to get Hicks into the lineup. Moving forward, especially considering the Yankees outfield depth in the minors, Hicks could become a valuable trade chip. If it weren't for his limited playing time, Hicks could even be in contention for an All-Star selection with the way he's been playing.

With the exception of signing Holliday and bringing back star closer Aroldis Chapman, the Yankees were pretty quiet this offseason. The 2017 New York Yankees were supposed to be a team in transition. Judging from their performance in April and most of May, it's fair to say that the Yankees have arrived earlier than expected. With Alex Rodriguez's forced retirement, and the trading away of Carlos Beltran and later Brian McCann, the Yankees had an opening at designated hitter. Cashman decided to take a gamble on the oft-injured 37-year old. Being able to forego the strenuous activity that goes into playing the outfield everyday has enabled Holliday to thrive as a designated hitter, although he has seen some time at first base due to the injury to Greg Bird and struggles of Chris Carter.

This season, Holliday has established himself as one of the Yankees veteran leaders. It's hard to believe, but this team doesn't really have as many as its been accustomed to having in past seasons. Holliday has gotten rave reviews from his teammates and coaching staff for his leadership skills. Not to mention, he can still hit! In a lineup filled with so much young power, it's nice to have a veteran presence in the middle who is capable of changing the game with one swing. If he stays healthy and the Yankees season does head south, then Holliday becomes a valuable trade asset. If not, he continues to be central to the lineup of a playoff contender.

Brian Cashman has made some questionable moves during his long tenure as Yankees general manager. As of late, he's struck gold more often than duds. As a consistent critic of Cashman's performance, even I must admit he's done an impressive job as of late. As the Yankees continue to play well in the present while simultaneously positioning themselves for future success, we cannot help but credit one of the men who deserves it most: Brian Cashman.