By Unknown - June 17, 2017
The Yankees entered Saturday’s contest looking to stop their season high losing streak at four games. Unfortunately for the Yankees, their West Coast struggles continued. Masahiro Tanaka had yet another disaster start, as he gave up five earned over four innings, while giving up three more home runs to tie Ricky Nolasco for the American league lead for homers given up by pitchers with 21 on the season. Not only did Tanaka struggle, but the Yankee offense struggled throughout the game managing only two runs on five hits leading to their fifth consecutive loss. 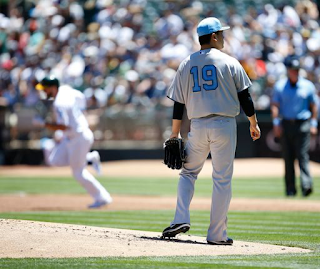 
Tanaka’s home run omen continued from pitch number one when Matt Joyce hit a solo shot on the first pitch of the game, giving the Oakland A’s a 1-0 lead. The Yankees scored their two runs in the second inning thanks to three consecutive singles from the bottom of the order starting with Ronald Torreyes and ending with an RBI single by Austin Romine, tying the game up at one. The next batter, Brett Gardner, hit a sacrifice fly to left field, earning him his 31st RBI on the year, handing the Yankees a 2-1 lead in the second inning.

The biggest issue for the Yankees on this road trip has been maintaining leads through the course of the whole game and this game was no different. The Yankees early 2-1 lead was quickly nullified by a solo home run off the bat of Ryon Healy. For Tanaka, the home run barrage wasn’t over quite yet, due to Healy's second homer of the game, which came in the fourth inning. Ultimately, this inning was the undoing for the Yankees, where a 2-2 ballgame turned into a 5-2 lead for the A’s. The other two runs for the A’s came via RBI singles from Adam Rosales and Jed Lowrie. 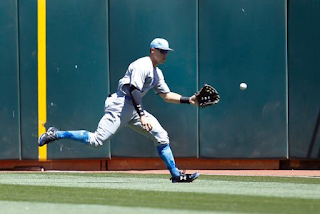