By Unknown - July 03, 2017
Aaron Judge has taken the MLB by storm this year, and now has announced that he will compete in the 2017 Home Run derby, and according to Judge, he’s bringing a friend. In a video released through the Yankees social media, Judge told fans that he has accepted his invitation to the Home Run Derby, and also told fans that fellow teammate Gary Sanchez will be joining him in Miami, making it both their first All-Star game and first Home Run derby. 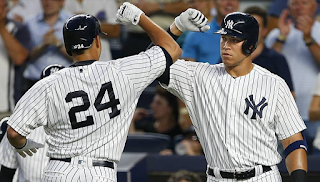 
Judge has had an MVP caliber season, currently hitting .327 and leading the league in home runs with 27, including several that have gone well over 400 feet. Judge has also become arguably the biggest story in baseball this season, with his jersey already being spotted all over the stadium in every game he plays. 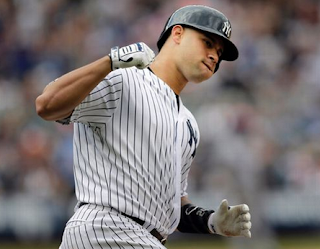 Photo Credit: AP
Gary missed most of April with an arm injury after an awkward swing in Baltimore, but has recovered nicely since coming back, hitting .289 with 13 home runs in 51 games this season after hitting 20 in 53 games last season. Sanchez has also had his fair share of long distance home runs this year. 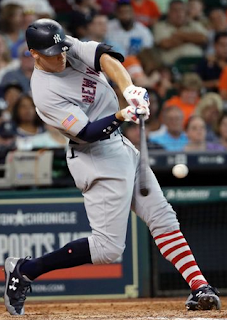 Photo Credit: AP
The news comes with much excitement amongst baseball fans, and especially Yankees fans, as they will get to see the two most powerful hitters on their team attempt to bring the Home Run derby crown back to the Bronx. Judge and Sanchez will attempt to be the fourth Yankee to win the derby, and the first since Robinson Cano won it back in 2011. The Yankees had a creative way of announcing it, using their Twitter account to break the news, and you can see that video right here.