Even with Jaime Garcia in the fold, the Yankees still must acquire Sonny Gray

By Unknown - July 30, 2017
Many of us woke up to news that the Yankees had acquired left-handed starter Jaime Garcia from the Minnesota Twins in exchange for Minor League pitchers Zack Littell and Dietrich Enns. Garcia is certainly an improvement over the likes of Caleb Smith and Luis Cessa, but I'd argue only incrementally. In order to go on a run deep into the playoffs, the Yankees must acquire a top line starter. Sonny Gray, who happens to be under team control until 2020, remains the answer. Garcia is a middle of the rotation starter, and he'll most likely help, but it's still not enough. Brian Cashman's job is not complete just yet. There is still one important move left to make. 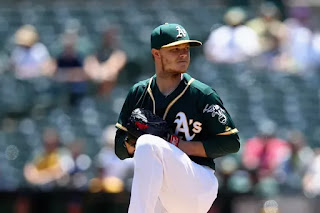 The Yankees appear to have finally righted the ship after about a month and a half of struggling. With the additions of David Robertson and Tommy Kahnle, and perhaps more importantly the subtraction of Tyler Clippard, the Yankees once again turned their bullpen into the team's biggest strength. Todd Frazier, also acquired in the deal with the White Sox centered around outfield prospect Blake Rutherford, provides the Yankees with a solution at third base, which enabled the Bombers to move the suddenly surging Chase Headley over to first to fill the gaping hole that's existed at that position for most of the season. Cashman effectively improved both the offense and bullpen without giving up too much.

With regards to the rotation, there is still work to do. Luis Severino has established himself as the Yankees' ace. After returning from the disabled list, CC Sabathia picked up where he left off as a reliable veteran presence, and stopper. Jordan Montgomery, though he's struggled a bit as of late, has performed much better than the fifth starter that the Yankees envisioned he would be. Masahiro Tanaka, coming off of a 14 strike out performance, may have finally turned a corner as well. After the Yankees learned that Michael Pineda would be undergoing Tommy John surgery and missing the rest of the season, the not so dynamic duo of Luis Cessa and Caleb Smith have been getting his starts.

Most Yankees fans agree that the Garcia trade is a good one for the team. I'd argue that he certainly represents an improvement over Cessa and Smith, but only incrementally. The Yankees still need a reliable starter at the top of the rotation. With both the Braves and Twins this season, Garcia is 5-7 with a 4.29 ERA, allowing 116 hits in 119.2 innings, walking 44 and striking out 92. Garcia is a ground ball pitcher, but we've repeatedly seen NL pitchers come to the Yankees and struggle so I'm preparing for the worst with Garcia. In an ideal world, he'll slide in as the number four starter. 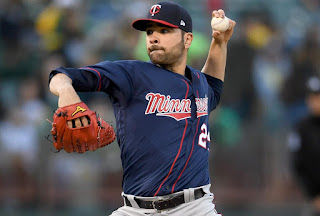 Sonny Gray is the missing piece that makes the Yankees into a real championship contender. Under team control until 2020, Gray is an ace that will complement Severino very nicely at the top of the rotation. There have been many rumors the last week or so connecting the Yankees to Gray. Supposedly, the Yankees are still the frontrunner. As long as the Bombers do not have to give up Clint Frazier or Gleyber Torres, they should go all in for Gray. The A's are reportedly high on Estevan Florial. The Yankees outfield appears to be set for the foreseeable future so Florial is expendable. If the trade is centered around Florial and some other mid to lower level pieces, the Yankees have to make this move.

Gray may not be an ace like Chris Sale (who the Yankees should have acquired this offseason), but he's certainly an improvement over most of their starting pitchers. With Luis Severino and Jordan Montgomery approaching innings totals higher than what they've ever seen before, the Yankees could use another starting pitcher. This season, Gray is 6-5 with a 3.43 ERA. His 2016 season may have been horrendous, but based on his career track record and 2017 performance, that year may very well have been an aberration.

The New York Yankees are in a good place right now. With the acquisition of Garcia, Cashman undoubtedly improved the rotation. However, there is still work to be done. Gray would be a phenomenal fit in pinstripes. Trading for Gray, assuming the asking price isn't astronomically high as the deadline approaches, eliminates the Yankees number one weakness. The Yankees can further separate themselves in the AL East, and cement their status as actual championship contenders. As currently comprised, this team could potentially win the division, but it's hard to imagine them going far in the playoffs. With Gray, the Yankees could make some real noise. Here's to hoping the Bombers can pull it off!