By Ryan Thoms - July 25, 2017
Following a much-needed series win against the Seattle Mariners, the Yankees only trail the Red Sox by two and a half games in the American League East. Although the Mariners are not an overly formidable team, the series win over them was comforting, as it showed the Yankees are capable of beating the teams they should. The case in this two game series is similar, as the Reds are the current holders of the third worst record in the National League and overall sit 16 games below .500. The series also takes place in the Bronx, where the Yankees have played great ball. The Yankees have played two games against the Reds this season and split the games, while putting up ten runs in the first game. Prior to this series, the Reds dropped two of three games to the Marlins and a game to the Indians. Overall, these two games should be Yankees wins, and these are the matchups and players to watch in this two game series: 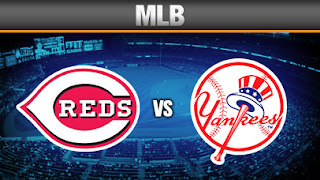 In game one of the two game showdown, the Reds look to one of their newer major league pitchers, Luis Castillo. The Yankees will be seeing Castillo for the first time when he takes the hill for his first major league start in Yankee Stadium. Castillo is coming off a poor outing in his last start against the Arizona Diamondbacks, in which he managed a solid six innings of work, but he allowed four runs in those innings. Castillo did showcase his ability to rack up K’s though, as he struck out seven in route to his third loss of the season. If Castillo can’t get a similar amount in this coming start, he may fall victim to the Yankees potent offense and earn a fourth loss on the season.

On the mound for the Yankees is none other than Jordan Montgomery who has been a decent pitching option for New York this season. However, his most recent start was not very encouraging, as he allowed six runs in six innings of work to the Minnesota Twins, and he was only able to manage three strikeouts and allowed one walk. This was Montgomery’s fourth straight start in which he was unable to pitch more than six innings, a trend which is worrying, but not too worrying due to the Yankees new bullpen acquisitions in the recent trade with the Chicago White Sox. If Montgomery can manage six decent innings and the Yankees can provide run support of a mediocre pitcher, this should be a win for the Bronx Bombers.

For game two, the Reds will hope for a strong outing from Homer Bailey, which is a rare occurrence for him these days. Bailey boasts an 8.56 ERA on the season and has received a losing decision in his last two starts. However, his last start was somewhat decent, with Bailey went six innings allowing two runs with two walks and three strikeouts in his loss. This was one of his better starts though, and he is unlikely to do very well against a lineup like the one the Yankees will roll out in Wednesday’s game. Bailey will need some uncommon run support if he is to steer his record in the winning direction.

Luis Severino will take the hill for the Yankees in Wednesday’s game as he looks to continue his All-Star level season. Severino has shown longevity as of late, racking up seven innings of work in his past three starts while allowing no more than three runs. Most recently, Severino threw seven shutout innings against the Mariners while allowing eight hits and striking out six. Severino has also not allowed a homerun and only two extra base hits in his past two starts, as he is able to keep opposing hitters from making strong contact. Combine his strong recent outings with a less than threatening Cincinnati lineup and a favorable pitching matchup, and you have a recipe for what should be a smooth Yankees win. 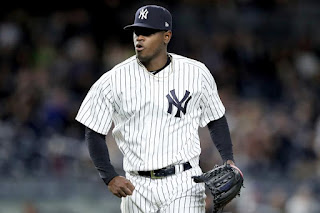 The bullpen
Despite the Yankees’ bullpen struggles being a storyline throughout much of the season, the bullpen has been refreshingly serviceable recently, and it earned bullpen of the week honors this week. In 24 and 2/3 innings of work this past week, the bullpen allowed five runs and 17 hits. The bullpen struck out 34 batters while only walking six, resulting in two saves. This performance included standout work from Dellin Betances who appears to be on a resurgence. Betances pitched four scoreless innings with six K’s and one walk. Recently acquired relievers Tommy Kahnle and David Robertson have been stellar in their time with the team. Robertson very much looks like his old Yankee self, a dominating reliever which the Yankees benefit tremendously from. Look for the bullpen and the recent acquisitions to continue their success in these two games.

Todd Frazier
Todd Frazier has been disappointing since joining the Yankees and is beginning to look like an afterthought in the trade. That could change however, as Frazier enters his first series in pinstripes at Yankee Stadium. The series is also against his former team of five seasons. With the Reds, Frazier was an offensive powerhouse, and perhaps Frazier can recapture some of that production for the Yankees in this series. There isn’t much room to go down from here, as he has batted .125 with the Yankees so far, so look for him to try and improve on a disappointing season. 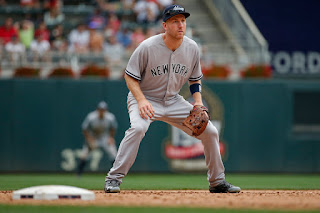 Joey Votto
Votto has had a stellar season as the main offensive weapon for the Reds to this point, batting .297 with 26 homers in 98 games. However, Votto has gone hitless in four of his past six games, including the past three consecutively. Votto also hasn’t had a homerun since July 8, and he has seen his average drop from .315 since then. Votto busting out of his slump would be huge for the Reds upsetting the Yankees in these two games, but if he continues to slump, the Reds are in huge offensive trouble.

Scooter Gennett
While Votto has been struggling, Gennett has been surging offensively. After seeing his average drop from .317 to .305 from July 8 to July 18, it has risen back to .314 from July 18 to today. This is very important for a contact hitter such as Gennett, as he does his damage by getting on base, not knocking balls out of the park. However, Gennett can display surprising power occasionally, made evident by his four-homerun game earlier in the season. Gennett will have to pick up the reigns of the Cincinnati offense if Votto’s struggles continue, but that could prove difficult against the resurgent Yankees bullpen and all-star starting pitcher Luis Severino.

This is a series the Yankees should sweep with not much issue, but winning games that should be won has been an issue for the Yankees at times this season. That shouldn’t be too much of an issue here though, with the Yankees favorable pitching matchups and playing a much inferior team with a slumping star. If the Yankees want to continue gaining ground on the Red Sox, they have to take this easily winnable series and build on the momentum they captured in Seattle.