By Unknown - July 03, 2017
The Yankees return home to the Bronx following a disappointing series in Houston, in which they dropped two out of three to the American League’s best team. After an impressive 13-4 victory Friday night, the Bombers collapsed on Saturday, and were shut down on Sunday, falling to three games behind the first place Red Sox. The Yankees hope to put together their first series victory since the disastrous West Coast trip that began their recent fall from grace. The last place Blue Jays are 2-8 over their last ten games so this might be the perfect club for the Yankees to play at a time when wins are hard to come by. 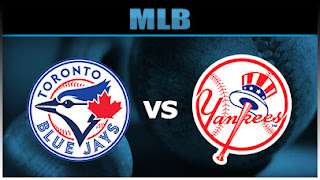 Game 1: Marcus Stroman (8-3, 3.41 ERA) vs. Masahiro Tanaka (6-7 5.56 ERA)
Despite getting off to a dreadful start to his season, Masahiro Tanaka has been much better as of late. His last two starts have been an encouraging sign for a Yankees team in desperate need of quality pitching. After shutting out the Texas Rangers over eight innings in a pitcher’s duel against fellow countryman Yu Darvish, Tanaka gave up two runs over six innings in a victory against the White Sox. Navigating this Blue Jays lineup will be no easy task for Tanaka, but another quality start here could help quiet, at least temporarily, some of his loudest critics.

The Long Island native will hope to continue what is shaping up to be a potential All-Star season as he faces off against the Yankees at the Stadium. Hands down the best Blue Jays starter this season, Stroman can be expected to bring his “A” game against the Yankees. Stroman does not make many mistakes so the Yankees must capitalize on the few that come their way, or this will be a very disappointing one to watch for Yankees fans. 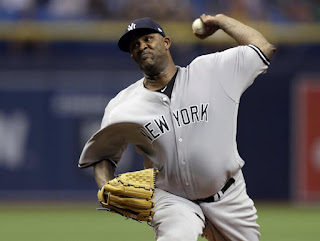 Photo Credit: Chris O'Meara/AP
CC Sabathia is returning to a Yankees team that is much different than the one he left about a month ago after suffering an injury against the Angels in Anaheim. In fact, one could reasonably argue that Sabathia’s injury propelled the Yankees downward spiral. Since Sabathia went down, the Yankees have lost Aaron Hicks, Starlin Castro, Tyler Austin, Matt Holliday, and Adam Warren to various injuries/illnesses. The Bombers have not won a series since Sabathia went on the DL. Having lost all of fill-in starter Luis Cessa’s starts, Sabathia’s return could not come at a better time. The Yankees most consistent starter before landing on the DL, Sabathia could be the stabilizing veteran force that the Yankees need at this tough time.

Happ has performed much better than his seemingly mediocre record may appear. The veteran lefty has posted a quality start in four of his six outings since returning from a DL stint early in the season. Furthermore, Happ has logged six innings in each of his past four starts. Happ will be another tough matchup for a struggling Yankees lineup. With injuries to Hicks, Castro, and Holliday, the Yankees offense will already be shorthanded so it will be interesting to watch how the Bombers’ lineup performs against a tough southpaw.

It appears that Big Mike is back to his inconsistent ways. After getting off to an impressive start to the season in the months of April and May, many Yankees fans believed Pineda had finally turned the corner we’ve been waiting for him to turn since his arrival to the Bronx in 2011. Pineda’s performance in the month of June, however, begs to differ. Hopefully the calendar flip to July will provide comfort to the seemingly mentally unstable Yankees right hander. Hoping to build off of a recent victory against the offensive powerhouse Astros, Pineda must clear his mind and pitch. Big innings have always been Pineda’s kryptonite, and as long as he can limit those, he’s more than capable of winning this game.

Marco Estrada has been subpar thus far in 2017. Though he always seems to give the Yankees a tough time, Estrada has struggled up until this point in the season and the Bombers must capitalize. Pitching to a 9.11 ERA in the month of June, the Blue Jays will be hoping for a turnaround start from the veteran righty. Having served as a consistent staple in the middle of the Jays rotation for the last few years, we can only assume, based on his track record, that Estrada will eventually settle down. For all intents and purposes, however, let’s hope that does not happen against the Yankees.

CC Sabathia:
During his time on the DL, the Yankees have desperately missed their veteran lefty. In a surprise to almost all Yankees fans, and even the organization itself, Sabathia has discovered the fountain of youth, putting up numbers reminiscent of his 2009-2012 self. Luis Cessa, Sabathia’s replacement in the rotation, lost every start he made in place of the big guy. Even if Sabathia isn’t as dominant as he was prior to his injury, it’s hard to imagine him pitching worse than Cessa. If the Yankees hope to stop their recent struggles, they are going to need length out of their starting rotation, especially considering the disastrous state of the bullpen. Having a healthy rotation once again will be a huge asset for the Yankees moving forward. 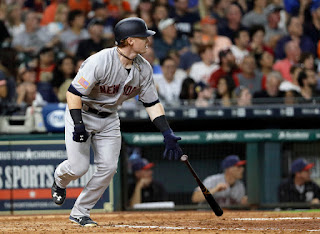 Frazier had about as impressive of an MLB debut as anyone could have hoped for. Though he did not homer in his first at bat like teammates Tyler Austin and Aaron Judge did last season in their debuts, Frazier’s homer to right on Saturday surely excited Yankees fans with eyes on the future. Given his successful two games in the majors, it will be interesting to see how the Yankees incorporate Frazier into the lineup every night- he’ll likely rotate in the outfield with Gardner, Ellsbury, and Judge, with one serving as DH until Holliday returns. We already know Frazier is dying to play in the Bronx and win over the hearts of the Yankee faithful.

Betances appears to have followed the lead of the rest of the relief corp as of late. After I gave Betances an A+ in my mid-season report card assessment, he seems to have forgotten how to pitch. Over the course of his last few appearances, Betances’ prevalent weaknesses have been amplified to a worrisome level. Whether it be his failure to keep runners from stealing, or struggle to find the strikezone on any given night, Betances has blown two games for the Yanks this week- a blown save in Chicago and an eighth inning implosion in Houston. Hopefully, a return to the friendly confines of Yankee Stadium will get the probable All-Star back on track. 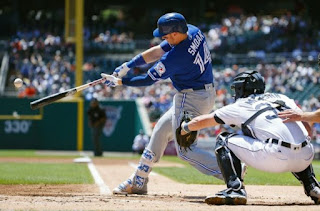 Smoak has evolved into quite the Yankee killer over the past few seasons. Ever since 2015, it seems that Smoak has been tormenting Yankees pitchers with timely hits, particularly home runs. Shutting down Smoak will be key for Yankees pitchers, especially those who are prone to giving up home runs- Tanaka and Pineda. The short porch in right field is certainly something Smoak looks forward to every time he comes to visit the Bombers in New York. Keeping Smoak in the ballpark will go a long way towards ensuring a series victory.

After being sidelined by injury at the start of the season, Donaldson has returned, but is not putting up his usual MVP-like numbers. Hitting only .248 with eight home runs and 20 RBIs in 145 at bats, Donaldson will be hoping to get on track in hitter-friendly Yankee Stadium. Similar to Smoke, Donaldson has also hurt the Yankees over the past few seasons. Shutting down these two hitters, or at least minimizing the damage they are able to get done, are of the utmost importance for the Yankees pitching staff.

It’s always exciting to see the Long Island native come home to pitch against his hometown team. By exciting, I do not mean exciting for Yankees fans. Rather, he is an electric young talent capable of doing great things. Stroman has historically pitched well against the Yankees so they must find a way to figure him out.

The Yankees had an abominable month of June. Though they lost the first two games of July, a return to the Bronx may be just what this team needs. The powerhouse Blue Jays squad of the past two years is no longer the threat they had once been. Despite their status at the cellar of AL East, the Jays are still a formidable club. The Yankees will take wins any way they can get them at this point in time. Winning at least two of three would be an encouraging sign for a Yankees team that hasn’t won a series since the A’s visited the Stadium approximately one month ago.