An update on the injured Yankees on the mend

By Unknown - August 18, 2017
The Yankees have suffered numerous injuries to key players this season. Fortunately, the Bombers were able to compensate for many of these injuries by making key additions at the trade deadline. Now, a number of these injured Yankees are working their way back from the disabled list. With reinforcements on the way, the Yankees hope to have as many healthy bodies as possible as they ready themselves for the grind that is known as September, the implications for the playoff run being substantial. 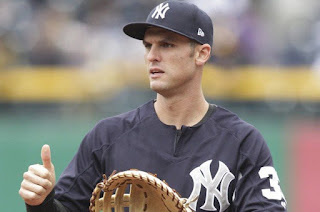 Truly the wild card moving forward, Bird has been quite a letdown for the Bombers in a season that was supposed to feature the young first baseman emerge as a fixture in the lineup for years to come. After going six-for-60 during his brief time in the majors, Bird was placed on the DL. The Yankees remained clueless as to why Bird could not return, until they discovered a troublesome bone in his right ankle. Bird's surgery to have the bone removed was successful, and his rehab has progressed better than many expected.

Thus far, Bird has played in two games for Triple-A Scranton/Wilkes-Barre, going 2-4 in his most recent game. Bird is expected to continue rotating between designated hitter and first base for the duration of his rehab. Yankees manager Joe Girardi has been non-committal regarding Bird's role should he return this season, however, one would think he'd get at-bats over the perpetually struggling Todd Frazier, allowing the resurgent Chase Headley to shift back over to third base. Rumors have indicated that Bird could return as soon as next week's series in Detroit, but time shall tell. 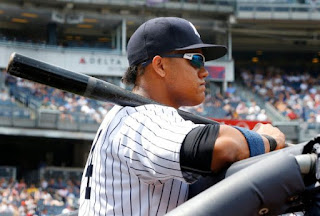 Ronald Torreyes has filled in more than admirably for the injured Castro, but the Yankees clearly miss his presence in the lineup. For most of the season prior to his injury, Castro was the best hitter on the team, providing consistency from the second base position.

Castro will be playing alongside Bird in Scranton on Friday, as he begins his rehab assignment. No timetable has been given on Castro's return to the majors, and the Yankees surely will not want to rush him back due to the chance that he'll get hurt yet again, having ended the first half of the season on the DL. 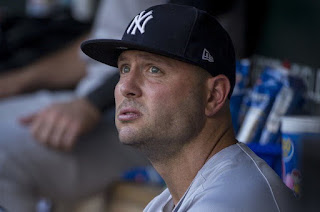 For the first two months of the season, Holliday appeared to be yet another great signing by Brian Cashman. After coming down with a viral infection in late June, Holliday's season went South. With the exception of a huge ninth inning game tying home run off of Red Sox closer Craig Kimbrel, Holliday appeared to have forgotten how to hit in the second half. The oft injured Holliday would soon land on the DL.

Holliday will also be starting his rehab assignment on Friday, though it will be with Tampa. Should he stay healthy in Tampa, Holliday will likely find himself in Trenton or Scranton in the coming days. Similar to Castro, the Yankees will wait to see how Holliday progresses until speculating on a return date.

After leaving his last start on August 9th against the Blue Jays in Toronto with inflammation, Sabathia worried that not only was his season over, but so was his career. Fortunately for the big lefty and the Bombers, the injury wasn't nearly as serious as Sabathia thought it had been at the moment he left his start.

Sabathia has been throwing bullpen sessions, and reportedly feels great. The Yankees have already tapped Sabathia to start Saturday's game against Chris Sale and the rival Red Sox. Facing off against the likely AL Cy Young will be no easy task for Sabathia, but the veteran's health is key for the Yankees moving forward. 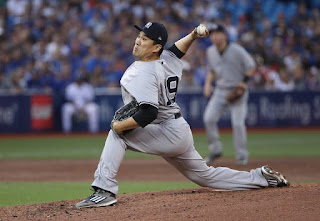 The very next day after Sabathia landed on the DL, Tanaka would soon follow due to right shoulder inflammation. There seems to be a consensus that this DL stint is more of a break for Tanaka, as opposed to serious injury concern. Tanaka has been mediocre at best this season, so the Yankees are hoping he can return and rediscover the ace form he's exhibited in years past.

Tanaka is expected to throw a bullpen this weekend in Boston, with his likely return coming next week in Detroit.