August trade targets for the Yankees


Late Wednesday night, the Indians acquired OF Jay Bruce from the Mets for pitching prospect Ryder Ryan, along with taking on Bruce’s entire salary. It was also reported that the Yankees offered two better prospects than Ryan, but wanted the Mets to pay some of Bruce’s salary. The Mets chose the Indians offer. However, the significance of this is that the Yankees have realized that they are in dire need of another bat. As the BBB’s Andrew Natalizio wrote the other day, they forget how to hit when runners are on base. It’s becoming increasingly troublesome. The Yanks are obviously trying to solve this by adding more offense, however, and Bruce wasn’t their only option. Who else could they target? 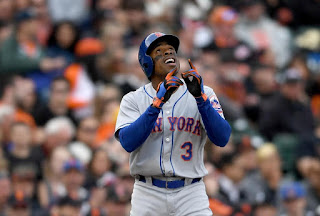 
Full disclosure: I know that Starlin Castro, Matt Holliday, Greg Bird, and Clint Frazier are due to come off the DL. But all four of them struggled before they were put on the DL, so they can’t really be counted on as answers. Cross that bridge when you get there.

Curtis Granderson (OF, NYM)
The first target I had in mind is another Mets outfielder, and also one that Yankees fans will be very familiar with. Granderson has cleared revocable waivers, meaning that he can be traded to any team. His salary of $15 million is high, but he’s a free agent after this year, so he’s a pure rental. Granderson has hit .222/.331/.450 (106 wRC+) this season, but his numbers are down due to a rough start to the season. Since May 1, he has hit .258/.383/.538 (141 wRC+), with 14 homers and 36 RBIs. That’s the type of bat that the Yankees need in this lineup, which leans way too righty-heavy. The Yankees’ current top lefty is Didi Gregorius, and after that, uh, Brett Gardner? They need someone better than that and Granderson fits the bill.

Walker is also a Met, and he will also be a free agent at the end of the year. He’s faced a lot of injuries, but has been pretty solid offensively the last few years. He’s hitting .250/.326/.422 (99 wRC+) this year, and would be an upgrade at second base for the Yanks if Starlin Castro isn’t ready to come off the DL as soon as anticipated. I like Ronald Torreyes as much as the next guy, but he’s not a starter. Walker is, and he could provide a boost for the team at the cornerstone. 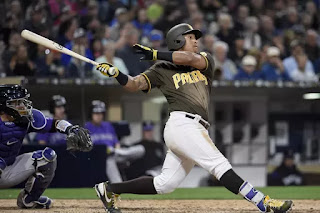 As of this writing, Solarte hadn’t been placed on trade waivers, so he can’t be traded quite yet. However, if he clears waivers, the Yankees should go all in. He’s signed to an affordable contract ($7.5 million for 2017-18, plus two option years for ’19 and ’20), can play anywhere in the infield, and is hitting .271/.345/.432 (107 wRC+) this year, and would be an upgrade throughout the infield. The Yankees would have to give up some decent prospects to acquire him, but he could provide another burst of offense that this team so desperately needs. 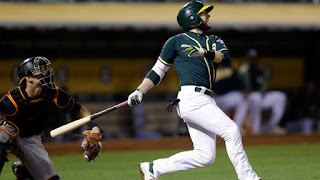 Lowrie was once subject to many rumors involving the Yankees around the trade deadline, but the A’s decided not to move him. However, he seems like the ideal trade candidate, as he’s having a strong year offensively, hitting .273/.351/.441 (117 wRC+), and is expendable with the A’s attempting to undergo their own youth movement. Lowrie could play any infield position, and would be a better utility player for the Yankees than Ronald Torreyes or Tyler Wade at this point. Should he go through trade waivers, the Yankees should consider claiming him, or making a trade for him if he passes through.
Article by: Alex Weir
Follow @waelierx
Follow @BronxBomberBall
Alex Weir Andrew Natalizio Curtis Granderson Jed Lowrie Neil Walker Trade Rumors Yangervis Solarte