By Unknown - August 13, 2017
A pair of three-run bombs from Andrew Benintendi proved to be the difference in the Red Sox romping of the Yankees on Saturday evening. Luis Severino exploded for eight earned runs and ten runs total. The offense continued to struggle, as the Red Sox swung their way to a 10-5 victory. Todd Frazier’s third inning error on a double play ball proved to be very costly for the Yanks. 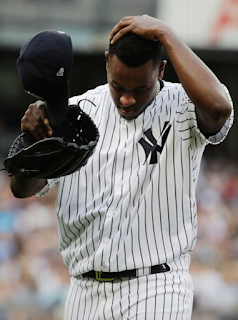 
Luis Severino got the nod for the Yankees on the bump for game two of the three game series in the Bronx. Luis Severino has been spectacular since the All Star break, posting a 4-0 record with a minuscule 0.86 ERA. Since the break, opponents are hitting just .176 against him. He would start off the game with a six pitch, three up three down inning.

Drew Pomeranz has also won his last five decisions, a career best. Brett Gardner led off the game with a seven pitch at bat that resulted in a single. After Aaron Hicks and Aaron Judge went down on strikes, the Yankees got an opposite field two-run home run from El Gary, his third in 11 at-bats against Pomeranz. The ball took just 2.8 seconds to reach the seats, and the Yanks took a 2-0 lead. Didi Gregorius would tack on a single, but that would be all for the Yankees in the bottom half of the first. 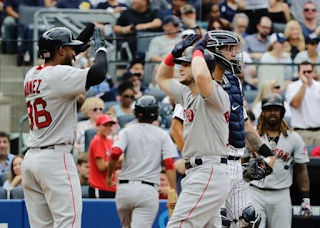 Severino would get through the lineup without surrendering a hit, but walked Vasquez and Bradley Jr, the eight and nine hitters respectively, with one out in the third. An error on a routine double play ball for Todd Frazier would load the bases for the Sox. Mookie Betts would follow up with the Red Sox' first hit of the game, and the score became knotted at two. That error would prove to be extremely costly, as Andrew Benintendi deposited his fifteenth home run of year with a three-run shot off Sevvy.

Side note: Aaron Judge looks terrible and I feel like it may be time to start panicking. He looks like he’s completely guessing and simply has no two-strike approach. If this team wants to make a playoff run, Judge needs to at least bat his weight with power going forward.

Severino would regather himself in the fourth inning, as he struck out the side in dominating fashion.

In the bottom half of the inning, Didi led off with a single, the less talented Frazier (Todd) drew a walk, and Chase Headley singled to load the bases with nobody out. Jacoby Ellsbury would get jammed, no surprise there, to drive in Didi. With one out, Ronald Torreyes popped out to the catcher in foul ground. Gardner would pop up also to end the threat. The Yanks could only scratch across one run with the bases loaded and nobody out. 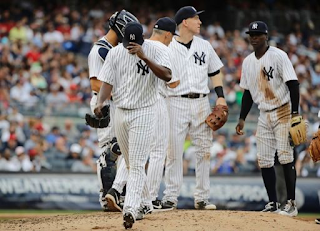 Sevvy would labor in the top of the fifth. With Betts and Nunez on base, Benintendi hit his SECOND three-run homer of the game. His first was a fence-scraper, this one was a no-doubter. He demolished the hanging slider from Severino and the Sox took an 8-3 lead.

After calling upon Giovanny Gallegos, a double by Rafael Devers would add two more runs to extend the Red Sox lead to 10-3. Those runs were credited to Luis Severino

Bryan Mitchell came on in the eighth for the Yankees. He surrendered three singles but no runs to send the Yankees to bat down seven for the bottom half. They couldn’t get anything going.

The Yanks showed some life in the bottom of the ninth with back-to-back jacks from Chase Headley and Jacoby Ellsbury, but that would be all as the Yankees drop this one 10-5.