By Spencer - September 14, 2017
As the playoffs near and the Yankees continue to hold onto the first Wild Card spot, the last month of the season and into the playoffs will be especially crucial for first baseman Greg Bird. After sitting out all of 2016 with an injury, he’s had another underwhelming 2017 season that has also been filled with injuries. 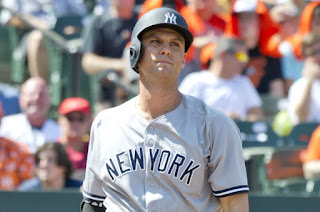 Bird returned a few weeks back in what seemed would be a huge boost to the lineup. Well, Bird was average in his return and then once again got injured earlier this week with what tea team is calling lower back tightness. If Bird wants to be a part of the Yankees future plans, he must rebound to have a good end to the season. Where we stand currently, Bird’s future with the team is honestly up in the air.

The one factor that he does have on his side is the lack of options that the Yanks would play over him. Todd Frazier, a rental, is likely gone after the season and that will probably move Chase Headley back to full-time third base duties. Headley’s spot on the team for 2018 is secure after the solid season he has had. Then, other than Bird and with Frazier and Headley out of the mix at first, what other options are there? Well, it’s doubtful the Yankees see Garrett Cooper as a long-term option, but rather a reliable backup. The only option I could see would be Tyler Austin, one of my personal favorites, but it seems the Yanks aren’t too thrilled with him. Ji-Man Choi and Mike Ford are highly unlikely to make the Bronx at all, especially over guys like Bird and Austin. 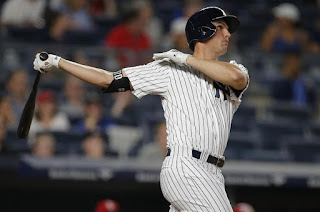 So why is the last month so important for Bird if he can easily win the job in 2018? Well, the Yankees are well-known for their money spending ways and could a first baseman in free agency. Such options for the upcoming offseason are Eric Hosmer, Yonder Alonso, Mitch Moreland, Logan Morrison, Mark Reynolds, and even perhaps Mike Moustakas, who could play third while Headley stays at first. Another cheap option that the Yanks were reportedly highly interested in at the deadline is former Met Lucas Duda. Would the Yanks start a guy like him over Bird? Unlikely, but you never know, as it at least provides some competition over at first base.

In the end, the point is that Greg Bird needs to produce and be on the field healthy in the last month or so to be apart of the Yankees future plans. If he continues his disastrous 2017 on the field performance or stays injured once again, you can’t help but think the Yanks may try and move on from Bird. It will certainly be interesting to see if Bird can provide the type of power he did back in their 2015 playoff run.