By Andrew Natalizio - September 13, 2017
With just 18 games left in the 2017 Major League Baseball regular season, the New York Yankees are in hot pursuit of not just a playoff spot, but potentially their first division crown since 2012 as well. As of this morning, the Yankees currently stand at 78-66, four full games back of the first place Boston Red Sox.  While it is still conceivable the Yankees can steal away the division from the Red Sox in the final two weeks of the season, I’m writing this piece today assuming the Yankees will be hosting the 2017 American League Wild Card Game. 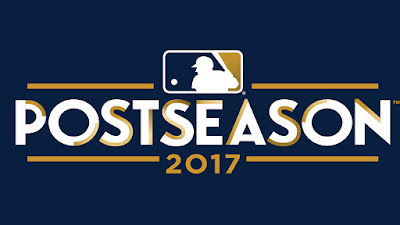 Since it’s inception in 2012, the one-game Wild Card has been about as exhilarating a playoff spectacle as you can get. An all-or-nothing, season-on-the-line battle between two teams desperate to make the League Division Series.  Only two teams - the 2014 Kansas City Royals and San Francisco Giants - have ever made it to the World Series out of the Wild Card Game, but three others have advanced through to the League Championship Series after winning the Wild Card Game - the 2012 St. Louis Cardinals (lost the 2012 NLCS 4-3 to the eventual World Series Champion Giants), the 2015 Chicago Cubs (swept by the Mets in the 2015 NLCS) and the 2016 Toronto Blue Jays (lost the 2016 ALCS to the Cleveland Indians).

In the American League, the visitors have won three of the five Wild Card Games, and in the National League, the visitors have won four out of five. No team has appeared more than the Pittsburgh Pirates who played in the NL Wild Card Game three straight seasons from 2013-2015.  The one constant in all of these games, no matter the end result, is that every team wants their ace on the mound.

So too will be true for the 2017 New York Yankees, as they will almost certainly hand the ball to dynamic young right hander Luis Severino.  Severino has easily been the Yankees best pitcher all season, and will likely finish third in the 2017 American League Cy Young voting being only Chris Sale of the Red Sox and Corey Kluber of the Indians.


What’s unique about Major League Baseball is that it allows teams to shuffle rosters between each and every playoff series, with the Wild Card Game being no exception.  Essentially, this rule allows teams to best construct their roster for the do-or-die one game showdown, even if it’s not an ideal roster for an extended series.  And as we saw in the 2014 American League Wild Card game marathon between Oakland and Kansas City, roster depth is crucial should the game last into extra innings.

The last time the Yankees made the Wild Card Game in 2015, falling to Houston and 2015 Cy Young winner Dallas Keuchel 3-0, they carried a roster of nine pitchers, three catchers, seven infielders and six outfielders.  Of the nine pitchers on the roster, only three - Masahiro Tanaka, Luis Severino, and Ivan Nova - were starters. The Yankees had just lost CC Sabathia to alcohol rehabilitation, Nathan Eovaldi to an elbow injury, and they kept a struggling Michael Pineda off the roster.


This year, I see a very similar shakeout in the Wild Card Game roster.  Severino is a lock to start.  Top bullpen arms Chad Green, Tommy Kahnle, Dellin Betances, Adam Warren, David Robertson and Aroldis Chapman will make the roster as well. But what happens from there is the part I’m most curious about.  Will the Yankees carry four or five of their regular starters for length in the event the game goes into extras or Severino doesn’t have it that night?  Will they instead load up on the bench again like they did in 2015?  Or will Girardi elect to carry a deeper bullpen, allowing for more mix-and-match options?

Of the position players, we can all but assume the following are guaranteed to make the Wild Card Game roster, barring any unforeseen injuries:


The above names, plus Severino and the six relief pitchers mentioned earlier, put the roster at 19, with six open roster spots.  Among the top candidates to add their name to the playoff roster are OF Clint Frazier who just returned from injury, 1B/OF Tyler Austin, 1B Garrett Cooper, LHP Chasen Shreve, C Erik Kratz, LHP Jaime Garcia as well as the other four starting pitchers Sonny Gray, Masahiro Tanaka, CC Sabathia and Jordan Montgomery.

Ideally, the Yankees would need a LOOGY (Left-handed One Out Guy) and that would probably be Shreve.  With Greg Bird’s back flaring up this week I don’t see how the Yankees don’t carry either Cooper or Austin as extra insurance at first base.  I would also have to assume the Yankees carry Kratz, as having an extra catcher in the event of a long night is never a bad idea.

Factoring in those three, we’re now at 22 with just three spots to go, and I can’t imagine a world in which Sonny Gray, Masahiro Tanaka and CC Sabathia are left off the roster.  That would leave Garcia and Montgomery as the odd men out, however, should the Yankees see Montgomery as a better left-handed matchup option out of the bullpen compared to Sabathia if needed, those two can be swapped.

What do you think?  Will the Yankees opt for a larger bullpen or will they carry a deeper bench?  Perhaps they carry all of their starters instead?  Is there anyone I missed that you think has a chance at stealing a roster spot?  Leave your comments below and be sure to interact with us on Twitter as we close in on the 2017 Major League Baseball playoffs.