By Andrew Natalizio - September 24, 2017
The Yankees will play host to the Kansas City Royals in a 1:05 PM matinee at Yankee Stadium; a makeup of the May 25th rainout.  With the AL East all but out of reach for the Yankees and the Kansas City Royals all but eliminated from playoff contention, this game won’t have much flair, but a win would go a long way in securing home field advantage for New York in the American League Wild Card Game next week.  As of this morning, the Yankees hold just a 4.5 game lead over Minnesota for the top Wild Card spot. The Twins were able to shrink New York’s lead with a four game winning streak combined with the Yankees dropping two of three in Toronto over the weekend. 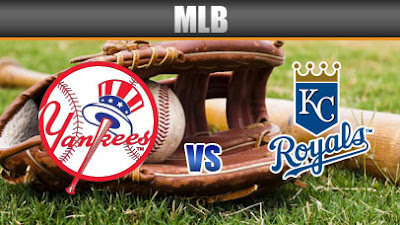 Sabathia has a less-than-stellar 4.60 ERA in his three September starts and opposing hitters own a .871 OPS off of him. The Yankees need Sabathia to step up in this one and contain the Kansas City bats. With a fully rested bullpen behind him, expect Girardi to quick hook Sabathia at the first sign of trouble. At this point in the season, every game counts.

Jakob Junis' 4.05 ERA doesn't pop off the page, but he has quietly been one of the most reliable Kansas City starter. Junis owns' Major League Baseball's second best walk rate since the All-Star break, trailing only Cy Young favorite Corey Kluber. Look for the Yankees to try to work the count and force Junis into the types of mistakes he has done a good job of avoiding of late.

Aaron Judge:
Judge has gotten hot at just the right time for New York.  The Yankees’ right fielder has blasted five home runs over his past six games and now sits just a single home run shy of Mark McGwire’s all time rookie HR record (49).  All season, Judge has cemented his role in the middle of the Yankees’ lineup, and he just might be setting himself up to etch his name into Yankees lore if he can bring this kind of production into the postseason. 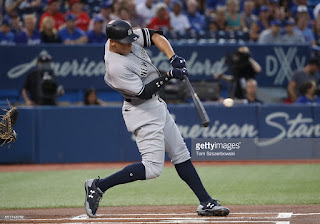 Chad Green:
Green has arguably been the Yankees best bullpen arm the entire season and especially so down the stretch.  In the month of September, Green has appeared in six games, picking up three wins and two holds, pitching to a tidy 0.96 ERA with a 0.750 WHIP, .188 BAA and 15 strikeouts in 9.1 innings pitched. Joe Girardi might have even tipped his hand in the Yankees’ win on Saturday when he went Green-Robertson-Chapman to finish off the final three innings.  Until Dellin Betances shows he can pitch more effectively or with any reliability, Green has officially surpassed him on the bullpen depth chart.

Alex Gordon:
Just three weeks ago, Alex Gordon was unthinkably hitting under .200 on the season. However, over his last 17 games, Gordon has heated up, blasting four home runs, hitting at a .327 clip and is slugging .636. Alex Gordon has had a season to forget, but he looks to be ending things on a positive note. It remains to be seen if Royals manager Ned Yost will play Gordon against the lefty Sabathia. Gordon is hitting just .182 (6-for-33) in his career against CC.


The Yankees have always struggled facing a pitcher for the first time, but they can ill afford to drop this game against a Royals team that is already thinking about 2018.  With only home games left on the schedule, the Yankees should be able to settle in and take care of business this week at home as they look forward to the American League Wild Card game.