By Unknown - September 29, 2017
Entering their last series of the 2017 regular season, the Yankees are holding on to very slim division hopes as they need the Red Sox to lose their last three games and need a sweep of this series just to secure a division tie. Otherwise, the Yankees will enter the playoffs as the first Wild Card team and will face off against the Minnesota Twins at Yankee Stadium with an ALDS berth on the line. Even if the Yankees can’t manage to tie up the division, these three games could provide the Yankees with solid momentum going into the Wild Card matchup, and should be treated as a time to build this momentum, for whatever playoffs await the Yankees, against a Blue Jays team which has struggled all season and is going to finish the season under .500. 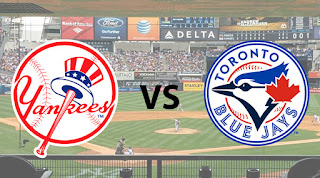 Game one of the series sees a matchup of the former Yankee ace Tanaka, against the largely disappointing Joe Biagini who has been very inconsistent this season. Biagini is coming off a rough start in which he allowed three runs and four walks over just five innings of work. Biagini will have to be better against this hot Yankees offense if he wants a chance at securing a win for his record.

For Tanaka, this start follows two rough starts against the Rangers and Blue Jays in which he allowed seven earned runs in both games. In the Blue Jays start, Tanaka lasted 5 ⅔ innings, allowing six hits and seven runs while walking three and striking out six. If both pitchers have repeat performances from their last starts, this is going to be an offensive showcase with runs galore. Tanaka will need to be better if the Yankees want to keep this from getting out of hand. 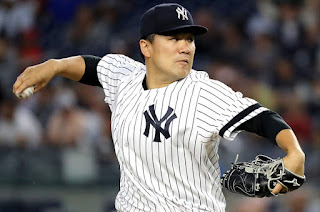 For game two of this series, the Blue Jays have a definite pitching matchup advantage with one of their best pitchers in Marcus Stroman facing off against the struggling Jaime Garcia for the Yankees.
Stroman didn’t have his best outing last time out against the Yankees, going just 5 ⅔ innings and allowing three runs, yet getting the winning decision due to a Blue Jays offensive showcase. Stroman hasn’t managed more than 6 innings in any of his last four starts against the Yankees, so the Yankees have been able to force him to work hard to get through their lineup.

Jaime Garcia hasn’t managed a win since joining the Bronx Bombers, but he looks to finally do it in what will be his final start of the regular season. Garcia hasn’t managed more than 5 ⅔ innings in any of his Yankees starts and has received three losses overall. Garcia’s last start against the Blue Jays, in which he lasted just 2 ⅓ innings while allowing four hits and five runs, was also abysmal. Garcia is going to have to turn his pitching around if he wants to help the Yankees win this game or, more importantly, go deep into the postseason.

The final Yankees game of the 2017 regular season sees the struggling Brett Anderson face off against Jordan Montgomery who has been a major bright spot as a rookie pitcher this season. Anderson has yet to face the Yankees as a member of the Jays, but in his last start against New York in Chicago, he lasted just a third of an inning before getting pulled after giving up six hits and five runs. If Anderson shows up with that kind of performance on Sunday, prepare for a Yankees blowout.

On the hill for the Yankees is Jordan Montgomery, just another Yankee rookie to burst onto the scene and impress. Montgomery hasn’t matched up against the Jays since early June, but he impressed in that start, lasting six innings while giving up just three hits and snagging five strikeouts. Montgomery has also been solid lately, winning his last two starts while only allowing one run and striking out eleven through the two six inning starts. Montgomery should look to use this game to build off of his recent solid performances going into the postseason. 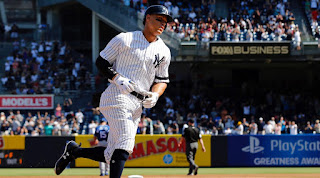 
Aaron Judge
Now up to 51 home runs, Aaron Judge has been on a tear recently after winning last week’s AL Player of the Week as he is seemingly hitting every ball out of the park as of late. With his eyes set on the AL MVP, look for Judge to try and have a big final series to attempt and solidify his case for the AL MVP as he runs away with the AL Rookie of the Year award.

Jordan Montgomery
With his final start of the regular season coming in the Yankees final game of the regular season, it’s possible Montgomery could have the mound with the division crown on the line. This could be a great first test for Montgomery, as the Yankees will need him to come up big in any playoff starts he may have. Even if the division isn’t on the line, this will be a good momentum start for Montgomery as he caps off a very promising rookie campaign and possibly heads into an ALDS start.

Teoscar Hernandez
The Blue Jays rookie left fielder has been lighting it up this month with eight home runs, the most ever by a Blue Jays rookie in the month of September. This could spell trouble for the Yankees division hopes if he gets hot. Look for him to either step up or shrink in the spotlight as he tries to help the Blue Jays play spoiler in the Yankees’ divisional pursuit. 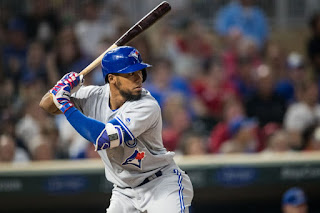 
Marcus Stroman
As the Blue Jays look to play a spoiler role, keep an eye on Marcus Stroman who stands as the Yankees’ biggest pitching obstacle to a divisional crown. Stroman needs to last just three innings into his Saturday start to reach 200 innings on the season, seven innings to tie his career high in innings in a season. Although Stroman has been solid most of the season, he struggled in his last start against the Yankees, letting up three runs over 5 ⅔ innings of work. This bodes well for the Yankees who have been outstanding on offense recently and they could really take advantage if Stroman struggles again.


The Blue Jays enter this series with nothing to gain other than not being last place in the division and to spoil the Yankees’ dreams of the AL East crown. Going just 5-5 in their last ten shouldn’t scare the Yankees, but the Jays are coming off a series against the division leading Red Sox where they took two of three games and scored 22 runs in the three game series. With no room for error, the Yankees must capitalize on favorable pitching matchups and secure a sweep while the Red Sox lose out. While this is highly improbable, more improbable things have been done. Even if the Yankees aren’t able to push higher than the top Wild Card spot, this series can set a tone for the Wild Card game and be an indicator of whether or not the Yankees will shine in the postseason or collapse under the pressure.