Last night reports were coming out that the Yankees were close to acquiring the reigning NL MVP Giancarlo Stanton, which happened to set Twitter on fire like nothing I have ever seen.  Yankee fans including myself refused to go to sleep for fear of missing the story break. By the time I woke up this morning the trade was at the finish line.

Per Mark Feinsand MLB.com these are the parameters pending physicals. 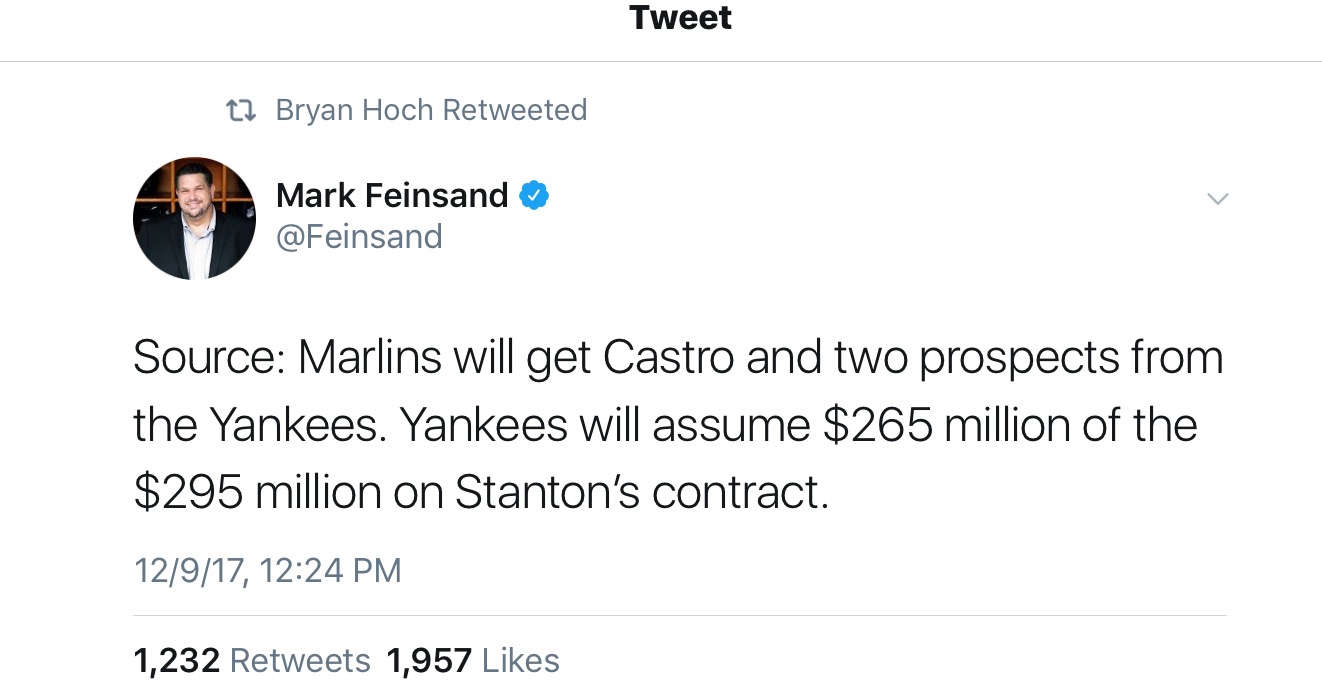 This lineup is going to be scary.

The Yankees led the majors in home runs last season and now they have added the NL Home Run leader. I can see the Yankees rotating Judge and Stanton between RF and DH with Stanton playing LF the days Gardner is DHing and Hicks and Gardner sharing the CF job barring another trade.

Speaking of trades, it would not surprise me if Clint Frazier is packaged with Ellsbury and another prospect to free up some outfield depth and bring in another starting pitcher but that's just speculation. However, something tells me Cashman isn't done dealing.

Now don't get me wrong you can pretty much write this lineup a few ways but it would make sense to throw a lefty swinging Bird in between Judge and Stanton. In all barring any major injuries this lineup is going to score a lot of runs and baseballs will be flying out of Yankee Stadium.

The pure strength and poise of hitters like Sanchez, Bird, Judge, and Stanton will truly be a sight to see.