The latest on the surprising Yankees managerial candidate: Carlos Beltran

By Ryan Thoms - December 01, 2017
On Wednesday Carlos Beltran was the latest candidate to interview for the managerial opening.  Yes the same Beltran who won his first World Series ring and retired. This probably doesn't come as much of a surprise since Beltran was vocal about his interest in managing someday. Apparently that day is now. 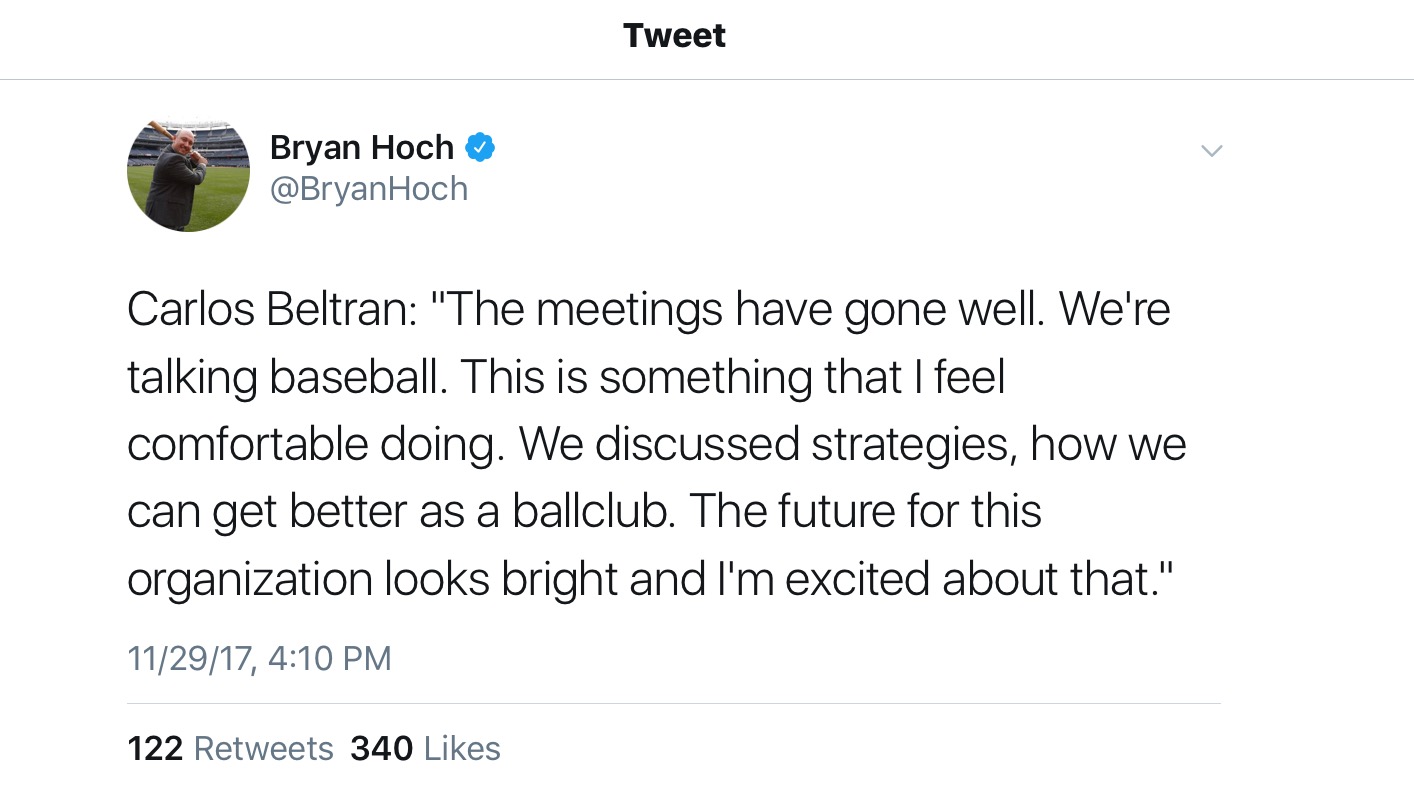 Despite Beltran’s lack of coaching/managerial experience, he's always been mentioned as a very intelligent baseball mind who always worked well mentoring the younger players, and he was always well respected by his teammates and opponents. He had a very successful playing career, and if paired with a veteran former manager as a bench coach, i.e. Dusty Baker, he could do well with the Yankees.  This team is built to win for the next 5-10 years. It will be interesting to see if the Yankees will bring any more candidates in for interviews.

Brian Cashman said Beltran would be the last candidate they would interview and that his personal recommendation has been submitted.