By Unknown - February 05, 2018
For this addition of the Bronx Bomber Ball’s 2018 Pinstripe Preview, we will feature the Kraken himself, Gary Sanchez. In his first full season for the Yankees, Sanchez proved to everyone that he is here to stay and what we saw out of his brief rookie stint was no fluke. He was able to nab his first All-Star nod, and put himself into the discussion for best catcher in the AL. 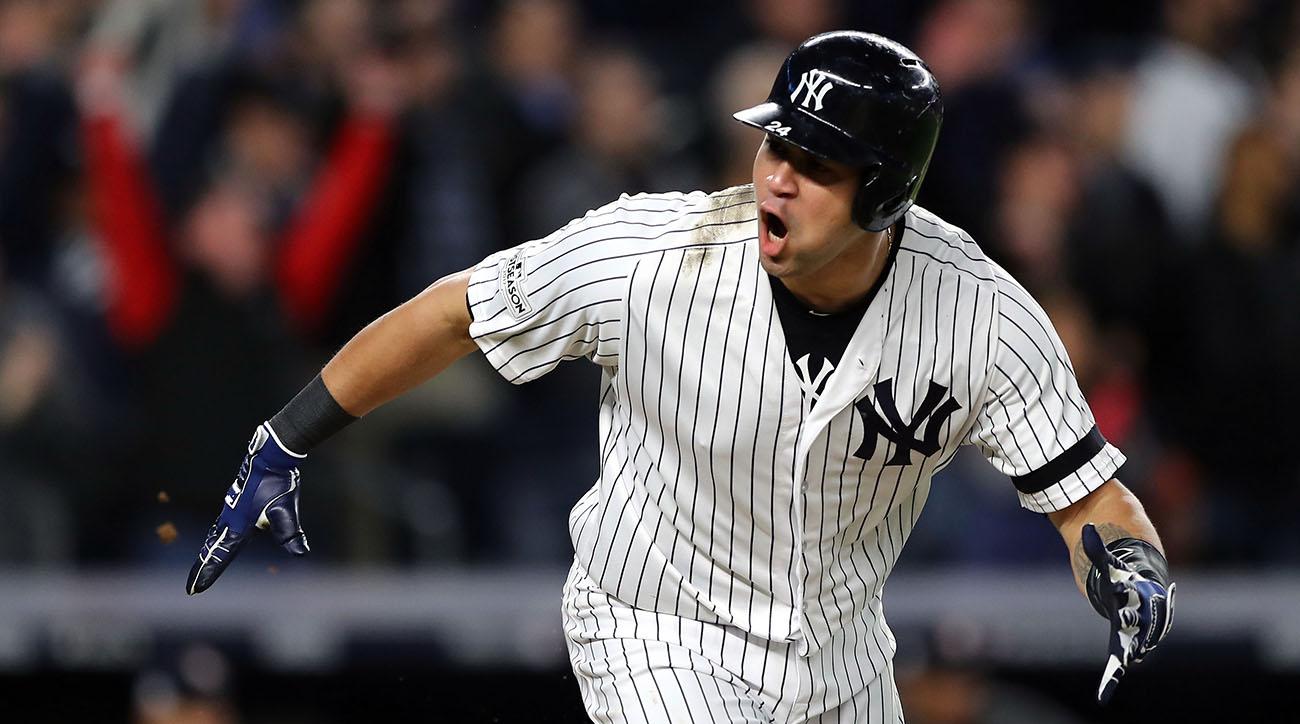 Sanchez began his 2017 campaign on a sour note, starting off ice cold at the plate and then landing himself on the DL with a bicep injury. However, once back from the DL, we saw the old Gary that we had fallen in love with the year before. He went on a tear in the heart of the summer (especially August which appears to be his favorite month) and ended the year with 33 home runs, 90 RBIs and a .278 average.

With all the successes at the plate, there were some issues behind the plate. Sanchez struggled with his ability to block the ball which showed in his league tying 16 passed balls. This drew some scrutiny from both the fan base as well as his manager, who was not shy about some of his comments to the media. While one might expect a manager who was a former catcher to be a tough critic, it is not always the best to air out your grievances to the media. The criticism did seem to motivate Gary though, and he looked significantly better towards the latter half of the season.


As mentioned above, the big sticking point with Sanchez will be how he will show improvement behind the plate. I think now that he has had a full MLB season at catcher under his belt, and knows what it takes to be an elite MLB catcher, he will buckle down and come back after this offseason a much better catcher. While its only human nature to still have passed balls, there was a significant improvement towards the end of 2017 that leads me to believe that he will work out the kinks.

Hell, the guy was still voted an All-Star, even with some of the defensive knocks. As for the other side of things, it appears that his offensive game will only get better with the new murders row the Yankees have created. Being protected by Judge, Stanton and Bird (assuming a full healthy season) will only bolster his already impressive stats.  2018 should be a big year for one of the cornerstones of the Baby Bombers.