After a victory in the first game of this huge three-game series against their arch-rival Red Sox, the New York Yankees took the second game as well and captured the lead in the AL East with the victory. The game had plenty of lead changes and exciting moments throughout, and the Yankees offense capped the game off with a four-run eighth inning. 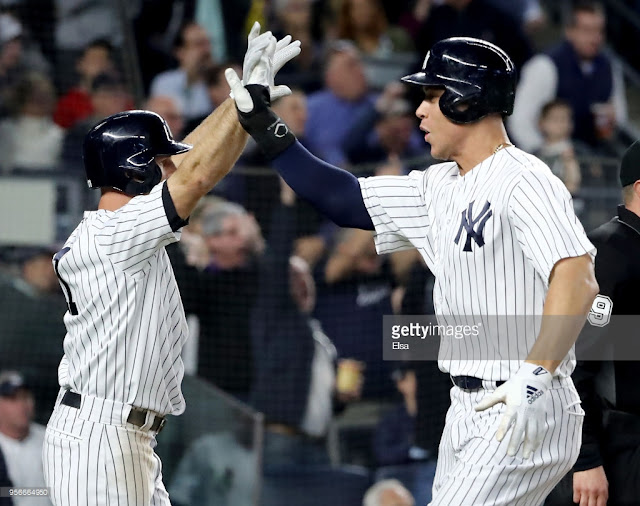 The game could not have gotten off to a better start for the Yankees: Masahiro Tanaka worked a 1-2-3 inning despite Mookie Betts working a long at-bat, and then the New York offense scored a run after just four pitches from Red Sox starter Rick Porcello. Brett Gardner roped a leadoff double that was just inches away from leaving the park, and Aaron Judge knocked a first-pitch single back up the middle to drive Gardner in.

The one-run lead did not last much longer though, as Tanaka gave up a two-run home run to Mitch Moreland; two more hits followed this homer, but the Yankees were able to stop the Red Sox from scoring any more runs. Aaron Hicks walked, advanced to second on Miguel Andujar’s infield single, and then stole third, but this did not lead to any runs for the Yankees.

Tanaka walked two batters in the top of the third inning, but a double play and a Mitch Moreland strikeout helped New York evade any more runs from the Red Sox. In the bottom half of the inning, the Yankees re-captured the lead thanks to Giancarlo Stanton’s two-run double. The Yankees plated a fourth run with a sacrifice fly to center field by Aaron Hicks.

The fourth inning was another breeze for Masahiro Tanaka, who forced Sandy Leon to ground into a double play immediately after a Rafael Devers single. Unfortunately, Rick Porcello worked a 1-2-3 inning to keep the Yankees’ bats quiet as well. 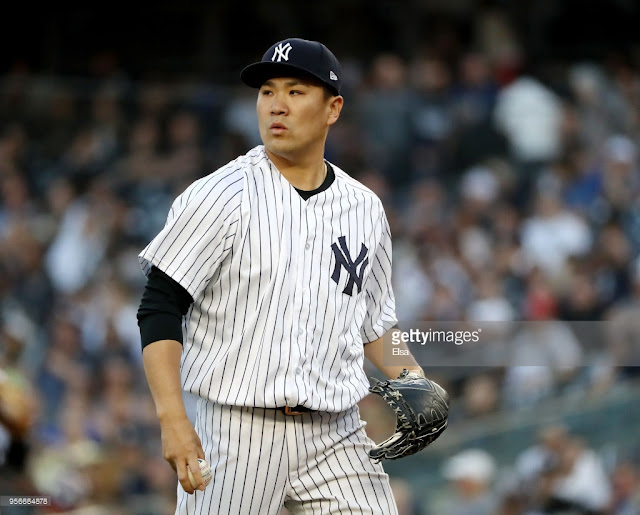 The Red Sox cut the Yankees’ lead in half with an Andrew Benintendi solo shot in the fifth inning, but Tanaka held Boston hitless for the remainder of the inning. The Yankees responded in the bottom half of the inning with a sacrifice fly by Gary Sanchez to stretch the lead back to two runs, making it 5 to 3.

Xander Bogaerts hit a leadoff double to start the sixth inning, and after a Mitch Moreland groundout, Masahiro Tanaka left the game after pitching 5.1 innings. Chad Green entered the game, allowing Bogaerts to score on a sacrifice fly, but he struck out Rafael Devers to end the inning. Rick Porcello left the game after recording two outs in the bottom of the sixth, and Brian Johnson came in and forced Judge to fly out to right field.

Chad Green stayed in the game for the seventh inning, and after recording two quick outs, a Benintendi walk and a Hanley Ramirez home run handed the lead back to Boston. Green held together and struck out Bogaerts to end the top of the seventh, but the Yankees could not counter the Red Sox in the bottom half of the inning.

Chasen Shreve took over for Green in the eighth inning, and his night got off to a rocky start, walking Moreland and giving up a double to former Yankees infielder Eduardo Nunez. Jonathan Holder came in and worked out of the jam to hold (no pun intended) the Red Sox’ lead to just one run.

In the bottom half of the inning, the magic of the 2018 Yankees appeared once again. Neil Walker led off with a double off of Matt Barnes, and Andujar grounded out, advancing Walker to third. Gleyber Torres worked a walk, ending Barnes’s night. Alex Cora chose to bring in his closer, needing Craig Kimbrel to record five outs and ensure a Red Sox victory. Instead, Brett Gardner belted a two-run triple to give the Yankees the lead once again; Aaron Judge followed that up with a two-run home run to center field.

With a three-run lead in hand, the Yankees brought in Aroldis Chapman to close the game, and that he did: Chapman struck out Ramirez, Bogaerts, and Moreland to shut down the Red Sox and finish off another spectacular game for the Yankees, though this one was definitely a rollercoaster ride. With the win, the Yankees have now won 17 of their last 18 games, and this victory also gives them the lead in the AL East and the best record in all of baseball.

What’s next?
The Yankees will look to sweep the Red Sox and add to their new AL East lead with a victory in tomorrow’s 7:00 PM EST matchup. C.C. Sabathia is scheduled to start for New York against Eduardo Rodriguez.