Very few series in June feel this important. For the third time this year, and the second time in the Bronx, the Yankees will battle the Red Sox in a three-game series. Both teams have been fantastic this year, as both are coming into the series with the best two records in all of baseball. The Yankees had an off-day Thursday, and before that won a three-game series in Philadelphia, and the Red Sox are fresh off a series win against the Los Angeles Angels in Boston. So far this year the teams have split their six games, each winning two at home. The first series, which was in Boston, had a lot of drama, including a bench-clearing brawl started by Tyler Austin and Joe Kelly. With first place at stake, and tensions high, we should be in for a great series from the best rivalry in sports. 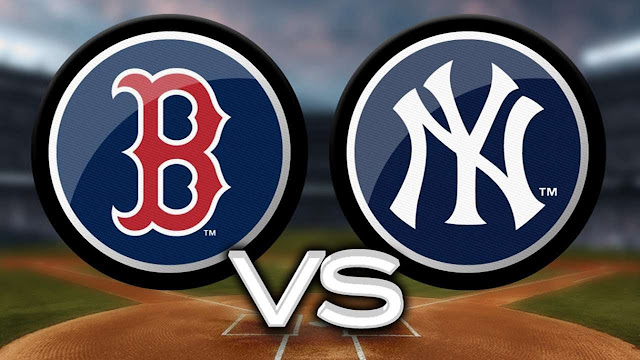 On the mound for the Yankees in game one will be CC Sabathia. Sabathia has been very good this year and is on pace to have his best ERA since 2011, when he was an all-star, and finished fourth in the Cy Young voting. In his last start, CC threw 5.1 innings, and struck out four while only allowing two runs. In his career he has pitched a lot against the Red Sox, and Friday will be his 41st start against them. In his career against the Sox he is 17-13 with a 4.20 ERA. Andrew Benintendi, and J.D. Martinez, two of Boston’s best hitters, have both really struggled against CC in their career, which is important in slowing down their whole offense.

Lefty Eduardo Rodriguez will be pitching for the Red Sox Friday. E-Rod is on pace to have his best MLB season, but his last start against the Mariners was not good. He took his second loss of the year while pitching just four innings, and allowing five runs on seven hits. In Rodriguez's only start against the Yankees this year he pitched five shutout innings while allowing just one hit.

In game two, Sonny Gray will be on the hill for the Yankees. Gray has shown flashes this year, but has been very inconsistent. At home he has a 7.22 ERA, and a WHIP of almost two, but on the road his ERA drops to 3.28, and his WHIP falls to 1.12. Gray has also struggled in night games this year, pitching to a 5.98 ERA then, and only a 3.23 ERA in the day. In his one start against the Red Sox this year, Gray was terrible, and allowed six runs in three innings. Hopefully Gray can prove the stats wrong Saturday night. 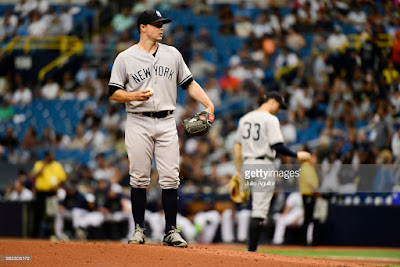 The Red Sox will send Chris Sale to the mound for game two. Sale has been great again this year and is even on pace to surpass last year’s numbers, when he was the runner up for the AL Cy Young award. Sale’s last start was Sunday, and he was dominant against the Mariners. He threw seven shutout innings, and struck out 13, and only allowed four hits. In 16 career games against the Yankees, Sale is 5-4 with a 1.73 ERA, which includes one game this year when he pitched six innings of one run ball. Aaron Hicks, and Didi Gregorious both have very good numbers against the southpaw, each hitting over .345 against him.

In the series finale the Yankees will give the ball to their ace, Luis Severino. You could not have asked more out of Severino this year if you were the Yankees. He currently has the highest WAR of any pitcher in the AL, has the second best ERA, leads the MLB in wins, and has a 1.83 ERA at home. He is coming off another spectacular start, where he went seven innings, and didn’t allow a run, while striking out nine. As good as he has been, he has struggled against Boston. In two starts against them this year he has an ERA of 5.73.

David Price will be on the bump for the Red Sox Friday night. Even though Price isn’t having his best statistical year, he has still been solid for the Sox, who are probably just happy that he is healthy. The Yankees have feasted off Price in his career. He has a 3.24 career ERA, which is very good, but his ERA against the Yankees is 4.67. That isn’t because of a small sample size either, he has pitched in 39 games against the Bombers, which is by far the most out of any team. It’s unfortunate that Gary Sanchez won’t be playing because he has five home runs in just 12 at-bats against Price, but other Yankees have great numbers too. Didi Gregorious and Austin Romine both hit .429 off him, and Giancarlo Stanton is has a .364 batting average against him.

What to watch for:
Brandon Drury: With the Red Sox pitching three lefties this weekend, the Yankees decided to
call up a righty bat, and since Tyler Austin has a groin injury, they went with Brandon Drury. In
his eight games with the Yankees this year, he hit .217 with one homerun. When he went on the
DL with migraines, Miguel Andujar came up to play third, and never looked back. Drury is a
AAA all-star this year, because he is hitting .314, with five homeruns, and an OPS of .907. He
has been playing a lot of first base lately with Scranton, so expect to see him there this weekend.

Brandon Phillips: With Dustin Pedroia on the DL yet again, the Red Sox signed Brandon Phillips Wednesday to a minor league contract. Phillips is a career .275 hitter with over 200 home runs, and made three all-star teams. It will be interesting to see if the Red Sox call him up, and play him in such a high leverage series.

Giancarlo Stanton: Even in his early season struggles Stanton was still very good the Red Sox. He hit .478 with an OPS of 1.475 in the biggest rivalry in sports. Now that it seems that Stanton has figured it out he could be in for a big weekend, especially considering the Red Sox will have all lefties pitching, which he is much better against.