By Andrew Natalizio - August 30, 2018
The Yankees have announced that they have officially acquired outfielder Andrew McCutchen and cash considerations from the San Francisco Giants in exchange for Triple-A shortstop Abiatal Avelino and Single-A RHP Juan De Paula. The deal was first reported by Joel Sherman of the NY Post.

I hear if the trade is completed #yankees will be sending two prospects to the #sfgiants for McCutchen and that Abital Avelino is one of them.
— Joel Sherman (@Joelsherman1) August 31, 2018


New York, in dire need of outfield help with Aaron Judge now shelved for over a month and Shane Robinson hitting under .150 in his place, needed to make a move like this to bolster its roster heading into the final month of the season.  After tonight’s brutal loss to the Tigers, it seems the American League East crown is out of reach, but the Yankees need to ensure they are as strong as possible heading into the AL Wild Card Game. 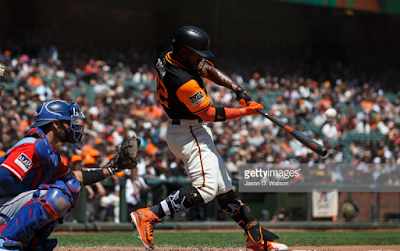 McCutchen has been strong, if unspectacular, for the Giants this year, sporting a steady slash line of .255/.357/.415 with 15 home runs, 55 RBIs and 13 stolen bases.  He is, however, a massive upgrade over the patchwork right field of Robinson and Neil Walker the Yankees have been rolling with since Judge went down with a chip fracture in his wrist.

Avelino was the 23rd ranked in the Yankees organization. He is enjoying a breakout season with a career high in homers and a .287 batting average to go along with his solid speed and glove. De Paula, ranked 26th, was acquired from Seattle in the Ben Gamel trade and boasts a 1.71 ERA in 47.1 innings.

The acquisition of McCutchen might signify that the Yankees are more worried about Judge than previously thought, however, it might also just mean that they know he needs another 7-10 days and, rather than rush him back and risk further injury, they can take their time with him and plug the veteran McCutchen in right field while Judge is on the mend.  With Brett Gardner struggling mightily as well, and rosters set to expand on Saturday, it’s possible McCutchen may also see a lot of time in left field.