The Yankees are coming off a nice three-game sweep of their division foe Toronto Blue Jays, while the Marlins are coming off a series victory over playoff contending Washington Nationals.  The last time these two met in early April, they split a two-game series, both games lopsided affairs. This left the Yankees at 8-8, good for third place in their division. Since that point, they have been the second best team in baseball, only the Red Sox have a better record.  The Yankees will be facing off against a pair of rookies, with no prior starts against them. 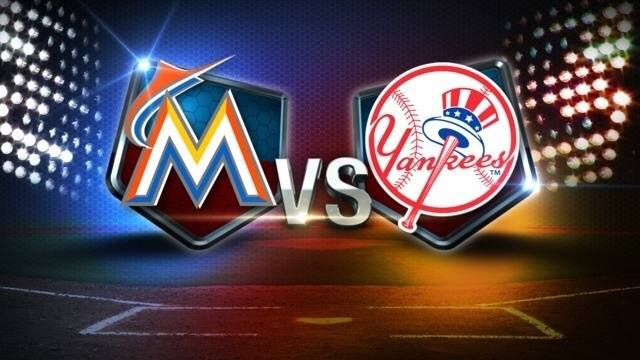 Pitching for the Yankees in game one of this series is Masahiro Tanaka.  In his previous start against the Marlins back in April, he gave up seven runs (five earned) on seven hits in only five innings of work.  However, Tanaka is a second-half pitcher, and minus one start, will look to build on it. In his seven games since coming off the DL on July 10th he is 2-2, and given up 14 runs in 41.1 innings. This will also be the first time he will be pitching in a National League park since his injury on June 10 at Citi Field against the New York Mets.  With all the injuries the Yanks have been succumbing to lately, if he does reach base early on in the game, this will be something to watch out for.

Making his ninth major league start for the Marlins is Pablo Lopez.  After getting a win in his MLB debut against the Mets on June 30th, Lopez has only earned one more victory in his following seven starts. Four out of his eight starts have not been quality starts. In those poor outings,  he has given up 19 runs in 22 innings of work.  Against the Atlanta Braves in his last start, he gave up six runs (five earned), in only 5.1 innings of work.  He will look to bounce back against a Yankees offense that put up a 10 spot in their last game on Sunday.

The Yankees needed pitching going into the trade deadline, and Mr. Cashman delivered Happ and Wednesday’s starter Mr. Lance Lynn.  In his first three outings, he only gave up one run in 16.2 innings resulting in two wins for the team.  In his last start, the first inning was just like the weather, a total storm.  Before the Yankees could get up to bat, they were down four runs.  Lynn would only give up one more run, and the Bombers supplied the thunder necessary in a weather shortend victory over the Blue Jays.  Lance Lynn will look to leave that first inning in the rearview mirror against the last place Marlins.
Pitching for the Marlins will be Trevor Richards.  The rookie had an extremely rough start to the year posting an ERA over five.  But from July 8th, until August 8th, he lowered his ERA from 5.26 to 3.98.  However, the first half Richards was on display in his last start against Atlanta, allowing five runs in only 4.1 innings of work.  Like Tuesday’s starter Lopez,  Richards hopes to bounce back at home where he is 2-3 with a 3.27 ERA.

Is there anyone hotter than Stanton? Not only has he been the hottest hitter on the team, he’s one of the hottest hitters in all of MLB with all the HRs he’s been hitting.  Speaking of HRs, another reason to watch Stanton? He will looking to join the 300 HR club in this two game series against his former club. In his eight seasons with the Marlins, he totaled 134 HR at home split between Marlins Park and Sun Life Stadium.  However, he been hurt as of late, nursing a sore hamstring (who on this team hasn’t been or is currently injured). His playing time could diminish if the games get one sided, since these games are being played at a National League park.

Yankees fans have been calling for him to be called up for a while now, and with his personal matters taken care of, he’s back.  He is a valuable piece not only in the clubhouse, but more importantly on the field being able to play all infield positions.  We were introduced to him playing everyday last year because of an injury to Didi in the WBC, and now it’s deja vu, as Didi will go on the DL with a sore left heel.  In Sunday’s game he went 3-4 with one run scored in his absence. If you’re not sure how important he’s been to this team, checkout the Ronald Torreyes article Here.

One has to feel bad for Castro.  One of MLB’s more consistent hitters and better fielders, one would’ve thought he wouldn’t be on this team by now with how much value he has. He is currently fourth amongst MLB second baseman in hits, seventh in average, and ninth in WAR.  However, he is still on the last place Marlins, and carrying himself with class and professionalism.  In his last game against the Nationals he went 5-6, two triples, three runs scored, and one RBI.  He will look to continue the hot streak against his former team, whom he has great career numbers against Wednesday’s starter Lance Lynn (15-39, three 2B, one 3B, six RBI).