Showing posts from October, 2018
Show all

The Yankees' next big fish: The Bryce Harper and Manny Machado question

The scene was set for the young budding Bomber squad last fall after finishing their season a game away from a World Series berth. They were the team that arrived a year too early, and another deep playoff run would be the goal, but then an old friend threw a wrench in those plans. Derek Jeter put gargantuan slugger Giancarlo Stanton on the market, and Stanton dictated his transfer with a full no-trade clause. The Giants and Cardinals among others threw their name into the ring, but who did he choose? The Yankees and Dodgers, it seemed to be a battle of baseballs powerhouses, but the Yankees had an advantage over their former neighbors, payroll flexibility. They were able to use this into an absolute steal of the reigning NL MVP, and the Yankees were thrust into a world series or bust year. The season was historic, they set the season home run record without Gary Sanchez, Didi Gregorius, Greg Bird, and Aaron Judge for most if not all of the year, but it ended in a bust at the hands of
Post a Comment
Read more 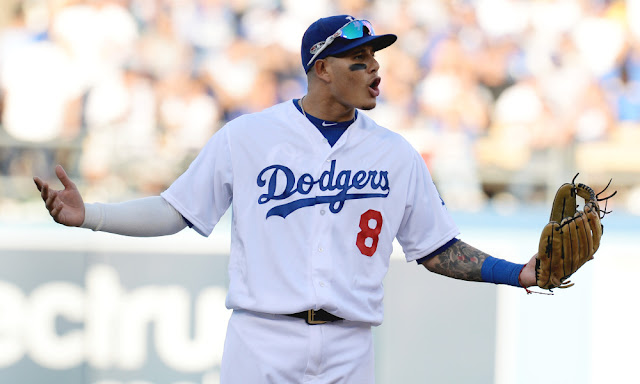 The speculation started during the regular season, even prior to his trade from the Baltimore Orioles to the Los Angeles Dodgers. Where would Manny Machado go upon his free agency at the end of the 2018 regular season? And, with that, which teams would be knocking on his door? No sooner did the Yankees’ regular season come to a close after their fated ending in the American League Division Series, the talks of Machado coming to the Bronx took off as though pushed by a speeding 4 Train behind Yankee Stadium. The truth of the matter is that the rumors started even prior to Machado’s free agency being on the horizon -- they started at the trade deadline . Photo Credit: USA Today Sports
Post a Comment
Read more

By Andrew Natalizio - October 17, 2018
Well, it's been just about a week now since the Boston Red Sox eliminated the Yankees from playoff contention and we've all had some time to stew on it.  Obviously not the ending any of us wanted and made even more painful due to the fact that it was our arch-rivals who put the nail in the coffin.   Some of our contributors weigh in below about how this season ended, what to make of it all, and where the Yankees go from here heading into 2019.
Post a Comment
Read more 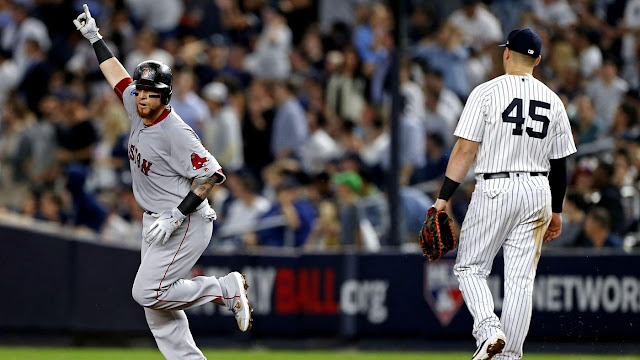 This wasn’t at all how it was supposed to end. As the Red Sox celebrated on their home field the Yankees have to wonder where it went wrong. Last season they were one game away from getting to the World Series. This team was improved, they added the reigning NL MVP Giancarlo Stanton, veteran Neil Walker and talented young infielder Brandon Drury. Obviously Drury didn’t pan out well, but he did bring the team JA Happ. Brian Cashman, the best GM in sports struck gold by acquiring Luke Voit for Giovanny Gallegos and Chasen Shreve mid-season and then in late August a former MVP in Andrew McCutchen.  They were built to win and should have easily won the AL East and had a ALCS rematch against the Astros. But, here we are on October 10th, the guys will report to the Bronx one more time to clear out their lockers and head to their respective home for the winter after losing the ALDS in four games. So this begs the question, where do the Yankees go from here?   Photo Credit:
Post a Comment
Read more

They Can Do It: How the Yankees can make ALDS Game 4 one of the most storied comebacks in MLB Postseason History 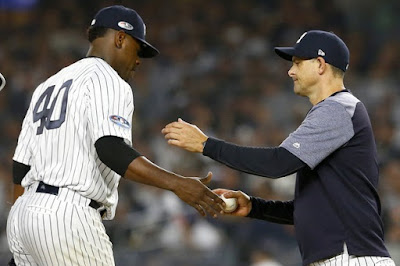 They say you shouldn’t go to bed angry. But last night, I did. I went to bed angry with a laundry list of people, including Aaron Boone, Luis Severino (especially after I apologized for trashing him before the Wild Card game), Lance Lynn, Giancarlo Stanton and, of course, umpire Angel Hernandez. Funny enough -- not Austin Romine; he’s a catcher, and he truly did the best he could given the dire situation. Photo credit: Mike Stobe/Getty Images
Post a Comment
Read more

What the hell was Aaron Boone thinking? 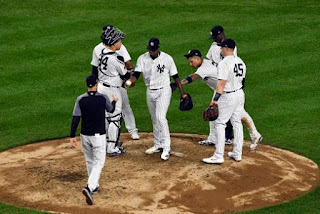 Let’s get one thing straight: tonight was the most mismanaged postseason game in New York Yankees history. Was Joe Girardi’s non-challenge in Cleveland horrible last year? Yes. Was this worse? Absolutely. Girardi’s decision cost his team four runs, Boone’s decision to leave Luis Severino in two innings too long cost his team upwards of nine runs. Boone has often been unfairly criticized in his first year at the helm of the Yankees, but he deserves everything he is going to get for this atrocity. His team got embarrassed tonight, and he was the central cause. Photo Credit: Danielle Parhizkaran/North jersey.com
Post a Comment
Read more 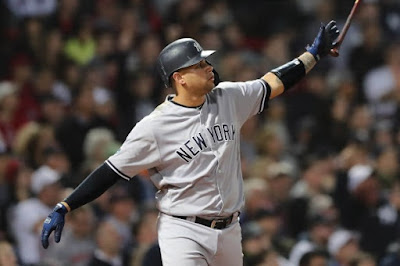 As the Yankees’ regular season drew to a close, Gary Sanchez wasn’t living up to his home run call made famous by WFAN announcer John Sterling. That Gary wasn’t scary at all, whether he was in the batter’s box, or behind the plate.  Photo Credit: New York Post
Post a Comment
Read more

ALDS Preview: Five keys for the Yankees to advance

For the first time in 14 years, the New York Yankees and Boston Red Sox are facing off in a postseason series. The anticipation for this matchup is at an all-time high, and for good reason. 2018 marked the first time that these ancient rivals each won 100 or more games in the same season. And with both teams at relatively full strength, this has the chance to be an instant classic. For the Yankees to pull off the moderate upset, and knock off their 108-win nemesis, these are their five keys to victory: Photo Credit: Getty Images
Post a Comment
Read more 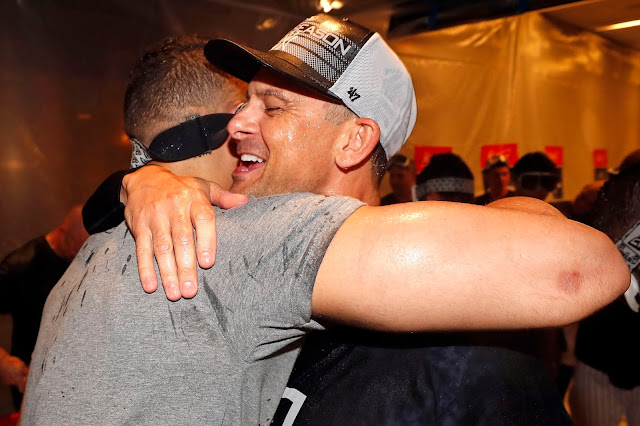 The Yankees had their fair share of superstar performances in Wednesday’s Wild Card matchup. Judge, Stanton, Voit, Severino, Betances, and company were all key contributors and played their part in last night’s victory. However, the man who wrote out the lineup card, chose the starting pitcher, maneuvered the bullpen, and made late-game substitutions deserves just as much credit for the victory. Boone was often said to be out of his element as a first-year manager and last night proved otherwise.   Photo Credit: FGT News
Post a Comment
Read more

A formal apology to Luis Severino, who defied the odds in the AL Wild Card Game 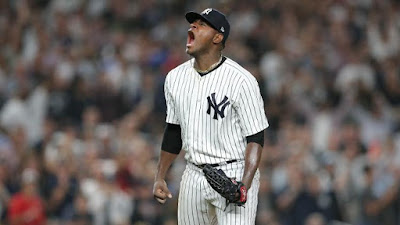 It wasn’t too long ago that Luis Severino heard the cries of skeptics prior to the A.L. Wild Card game -- myself included . Photo Credit: SNY
Post a Comment
Read more 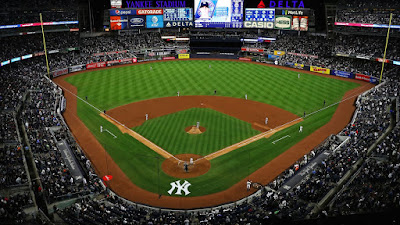 The New York Yankees and the Oakland Athletics square off Wednesday night at 8:00 EST for a win or go home game more commonly referred to as the Wild Card game. The previous 162 games have built up to these mere nine innings. If the Yankees want to come out as victors, they must strive to do these five things. Photo Credit: Mary DeCicco/Getty Images
Post a Comment
Read more 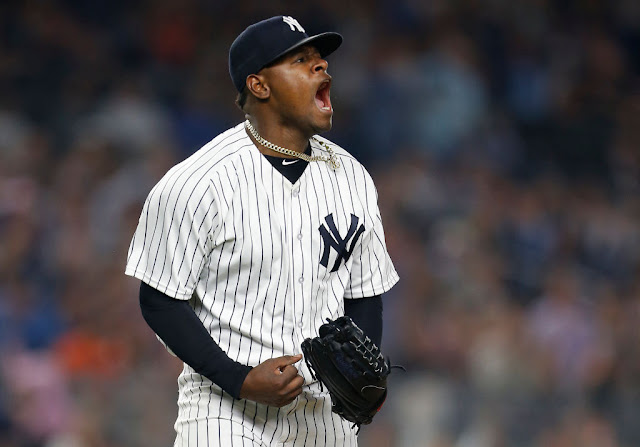 After much debate and speculation from fans and writers, the Yankees have officially announced their ace, Luis Severino, will be starting Wednesday’s American League Wild Card matchup between New York and Oakland.   Photo Credit: Getty Images
Post a Comment
Read more

Why the Yankees can’t seem to avoid the A.L. Wild Card game, and why that fact will be helpful on game day 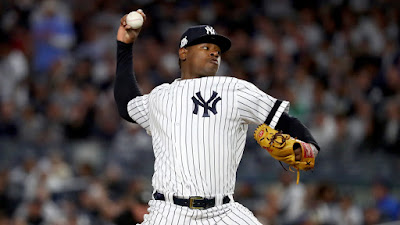