Showing posts from February, 2019
Show all

Three stories to watch out of Yankees' spring training 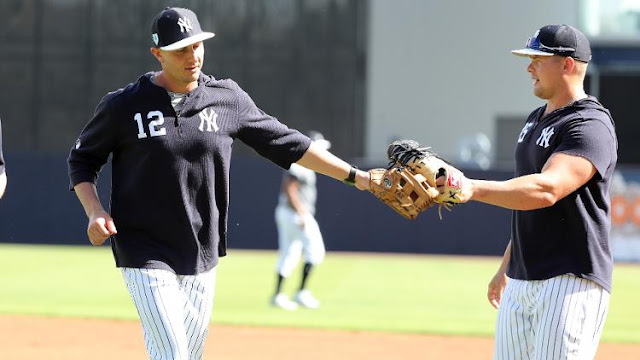 As the Yankees begin play in Tampa, several key situations heading into the season will be decided in the coming weeks. In an offseason which did not see Manny Machado or Bryce Harper land in the Big Apple, the Yankees did, however, introduce several new faces, with former All-Stars James Paxton, Troy Tulowitzki, and DJ LeMahieu leading the pack. While the focus of the season is to avenge Boston’s World Series win and take home a 28th chip of their own, here are some things to keep an eye on out of camp before baseball returns to the Bronx. Photo Credit: SNY
Post a Comment
Read more

Does Clint Frazier have a chance to claim LF from Gardner? 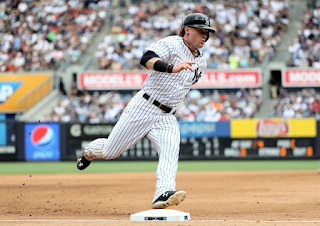 Clint Frazier burst onto the scene in his Major League debut on July 1st, 2017, going 2-for-4 with a double and a home run. From that moment on, Yankee fans could tell the red-haired, 22-year-old had the potential to be something special. Photo Credit: Anthony Gruppuso/USA Today Sports
Post a Comment
Read more 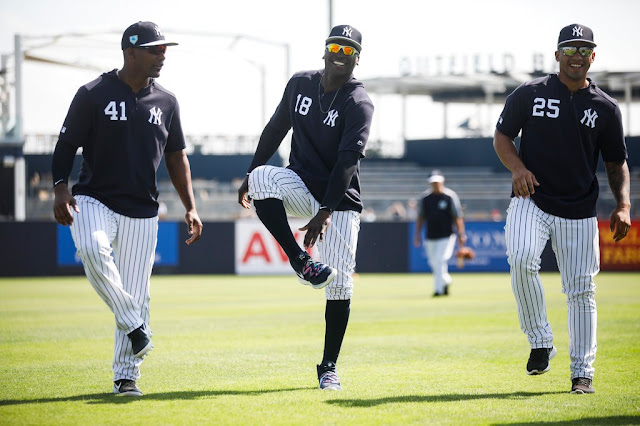 With Yankees’ Spring Training games starting this week, writers of the BBB weigh in on what topics and they are most interested in following early in camp. Photo Credit: Eve Edelheit/New York Times * * * * * * * * * *
Post a Comment
Read more 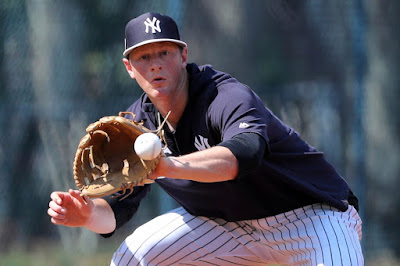 While the Yankees may have missed out on the free agent market’s biggest names this Winter, the team landed a pretty nice consolation prize when it signed infielder DJ LeMahieu back in January. The contract, which spans two years, and will cost New York $24 million, looks like a potential steal for the ball club. Photo Credit: Charles Wenzelberg/New York Post
Post a Comment
Read more

Jonathan Loaisiga should be next man up in Yankees' rotation 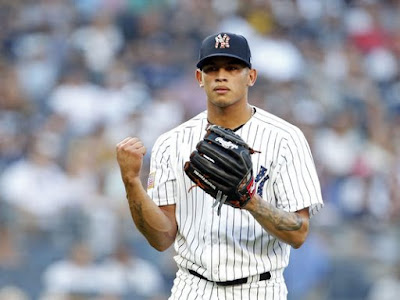 If you’re a baseball fan, you’ve heard it said before, “you can never have too much pitching.” That’s because it’s essentially impossible for a Major League team to go through an entire season using just five starting pitchers. Take last season, when the Yankees used 11 different starters to get through the 2018 campaign. The team needs to have a backup plan in place. And for New York, that backup plan is pretty obvious. The next man up in the rotation should be Jonathan Loaisiga. In four starts last season, an admittedly small sample size, Loaisiga had a 3.00 ERA and 1.28 WHIP in 18 innings. The 24-year-old righty also struck out 21, while handing out eight free passes. The high walk rate shouldn’t be cause for concern, however, as Loaisiga walked just eight in 56 Minor League innings last year. The increase at the Major League level can probably be chalked up to nerves and pinching at the corners. Photo Credit: Adam Hunger/USA Today Sports
Post a Comment
Read more 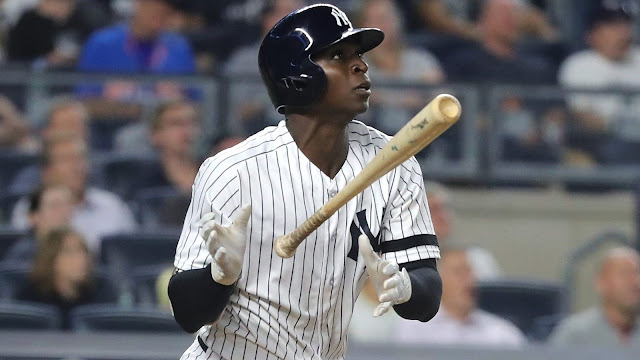 For most of the offseason, amid the rumors surrounding Bryce Harper and Manny Machado, the Yankees were rumored to be seeking extensions with some of their impending 2019-2020 free agents; most notably Aaron Hicks, Dellin Betances, and Didi Gregorius. Exactly one third of those dominoes has now fallen, after Hicks and the Yankees agreed to a seven-year, $70 million extension early Monday morning. It was reported later that day that the Yankees were laying the groundwork on extending Betances as well. Next up for Yankees: Dellin Betances. Yanks are working on extending him. — Jon Heyman (@JonHeyman) February 25, 2019 With an extension reached with Hicks, and work being done on extending Betances, the only impending free agent left is Gregorius, who is one of the top all around shortstops in the game, and arguably one of the most fun players the Yankees have. If the Yankees choose to extend Didi as well, what might that look like? Abbie Parr/Getty Images
2 comments
Read more

After numerous setbacks, Jonathan Loaisiga is poised for a breakout 2019 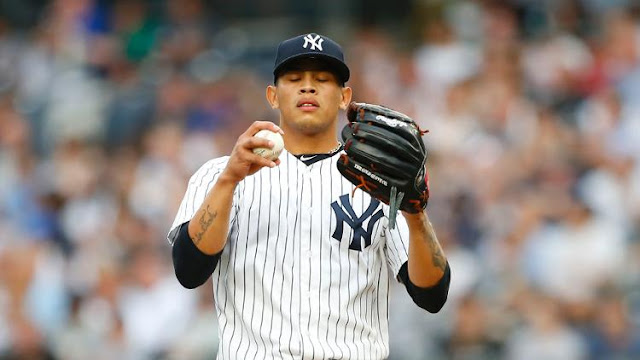 Over the course of the 2018 regular season, the Yankees saw a parade of minor league pitchers sent up from Scranton/Wilkes-Barre to have a shot at The Show, due to injuries in the rotation and bullpen. I will admit, there came a point at which I could not even remember who was who. Chance Adams was called up to start in Boston late in the year. Tommy Kahnle was in the Majors… oh wait no, he is pitching in Triple-A, now he’s back, and now he’s gone. Domingo German experienced the ultimate baptism by fire when he just did not appear ready to be a major league starter. Finally, there was Jonathan Loaisiga , who, as far as most casual fans could tell, seemed like just another minor leaguer coming through on the Scranton Shuttle. Photo Credit: Noah K. Murray/USA Today Sports
Post a Comment
Read more 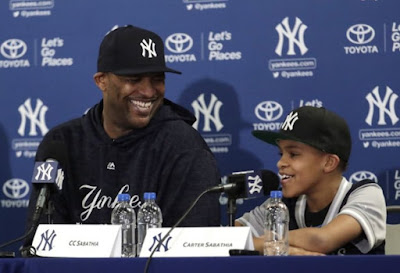 After wrapping up his 19th big league season later this year, CC Sabathia will call it a career. While this shouldn’t come as a surprise, it confirms the nearing conclusion of a fantastic career for the Yankees’ former ace. Sabathia has made it known on multiple occasions that this will be it for him, notably on an edition of R2C2, his podcast with Yankees announcer Ryan Ruocco, earlier this offseason.  Credit: Yahoo Sports
Post a Comment
Read more 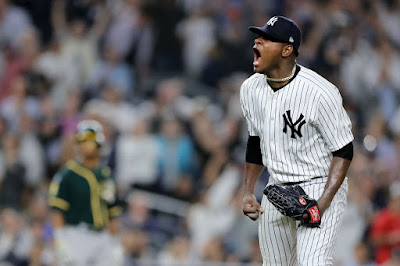