By Christian DeMoro - April 01, 2019
Following a thrilling victory on Opening Day, the Yankees, in disappointing fashion, dropped the final two games of the set to the Baltimore Orioles. The team’s RISP woes that lingered throughout 2018 came back to haunt them, having left 25 runners on base over the course of those two losses. Looking to move forward, the Bombers will welcome the Detroit Tigers to the Bronx for the second series of the young season.

The Tigers are coming off of a 4-game split with the division-rival Blue Jays, during which they were outscored 12-6. This is a must-win series for New York, as the Tigers are a team without hopes of contention although they stand in perhaps baseball’s weakest division. The Yanks struggled mightily last season against teams under .500, and that’s something that needs to change in 2019 if they want to claim their first division title in seven years. 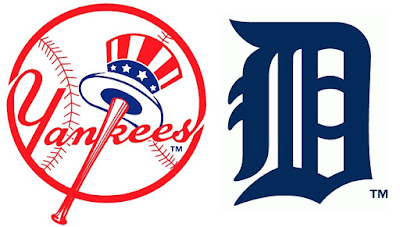 German showed signs of promise in 2018, striking out 102 over 85.2 frames and tossing six no-hit innings in a May start along the way. The Yankees will look to tap into that potential this year, as depth is essential with Severino, Sabathia and Montgomery on the shelf indefinitely. While German is the listed starter, Boone has floated the idea of using an opener; if that is indeed the case, Chad Green will likely take the ball against the top of the Tigers’ order.
Tyson Ross will make his season debut for Detroit after splitting the previous campaign between San Diego and St. Louis. Ross is a reliable arm when healthy - he enters his 10th MLB season with a career 3.95 ERA. Current Yankees sport a combined .340 average with one home run (Sanchez) against Ross; D.J. LeMahieu, who saw him plenty during their time in the NL West, is 7-for-21.

After getting the win on Opening Day, Tanaka will make his second start of the season on Tuesday. The veteran right hander looked sharp in his debut, throwing 5 ⅔ innings while surrendering just one earned run. Detroit hitters have posted a meager .200 average against Tanaka, with most of the damage (two HRs, three RBIs) coming from right fielder Nicholas Castellanos.
Tanaka will be opposed by Detroit’s $110 million man, Jordan Zimmermann. Once one of the league’s top starters behind Max Scherzer and co. in Washington, JZ hasn’t quite found his groove since heading to the Motor City. Zimmermann, however, is coming off a dominant Opening Day performance, in which he held the Blue Jays to just one hit over seven innings. Gary Sanchez (3-for-5, one HRs, three RBIs) and Giancarlo Stanton (.825 OPS, three HRs, four RBIs) have both fared well against Zimmermann.

Although Boone has not officially named a starter for the finale, the nod will go to Jonathan Loaisiga, who will be recalled when CC Sabathia’s suspension expires and he is eligible to be placed on the injured list. The Yanks briefly got a taste of their #2 prospect last season, and he impressed with a dazzling 12.04 K/9 over nine appearances (four starts). Perhaps the most impressive young arm in a stacked Yankees’ system, Loaisiga will look to strike in the wake of opportunity and lead the Bombers to a win as they wrap up the homestand.
Boyd is coming off a middling start Friday, in which he gave up three runs over five innings and took the loss but did strike out 10. He was serviceable for the Tigers last season, posting a 4.39 ERA over 31 starts. Luke Voit has homered off of Boyd, and Gary Sanchez (yet again) has one as well to go along with three RBIs in five at-bats.