By Chase Seibold - June 10, 2019
After an exciting 10th inning win in Cleveland, the Yankees are coming back home for a two-game series against the crosstown rival Mets.  The Yankees, who are now tied for first place, will be trying to right the ship after a little slide last week where they lost five of seven.  The Mets on the other hand are coming in a game under .500, and are third in the NL East, five games back of the Phillies.  Last week, they impressively took two of three from both the Giants and Rockies.  In 2018 the Yankees were 4-2 in the subway series, and hopefully they can use this quick series to get back on track. 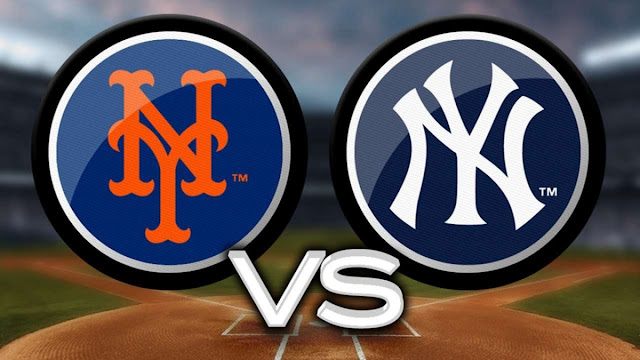 
Masahiro Tanaka will start the series opener for the Yankees after returning from a short stint on the paternity leave list.  The good news for the Yankees is now that Tanaka has a kid, he is almost certain to do better (ex. Fred VanVleet).  Tanaka should be very happy this game is at Yankee Stadium.  In his last start against the Mets last year, a game held at Citi Field, he strained both his hamstrings while scoring on a sac fly from third.  Tanaka has a 3.02 ERA at home this year, and a 3.89 ERA away from the Bronx.  Not many of the Mets hitters are too familiar with Tanaka, as Todd Frazier (.100 BA), and Carlos Gomez (.300 BA) are the only two hitters that have double digit at-bats against him.  Look for the Mets to try and stack their lefties against Tanaka who have an OPS of .841 against him, while right handed hitters have an OPS of just .617.  This could be an advantage for the Yankees, as arguably the Mets best hitter this year has been right handed rookie Pete Alonso, who has 21 homers already this year.

Jason Vargas will be on the mound for the Mets.  In his last start he struck out eight on his way to a complete game shutout against the Giants.  Vargas lowed his season ERA from 4.46 to 3.57 in just one start, which might make his numbers look better than he has actually been.  Vargas isn’t much of a workhorse, as he has only been able to go more than five innings just three times this year.  Surprisingly, left-handed hitters have been better against the left hander Vargas this year, which might explain the Didi off day on Sunday.  Gregorius leads a list of Yankees who have hit over .300 against Vargas in their career.  That list also includes Brett Gardner, Aaron Hicks, and Cameron Maybin.  It should be tough for Vargas to tally another great start Monday night in the Bronx.


James Paxton will take the mound for the Yankees Tuesday night.  Injury aside, Paxton has had a very solid year for the Yanks, but his last start wasn’t quite as sharp. He pitched just 4.2 innings, allowing four runs and seven base runners.  The big blow was a home run off the bat of Randal Grichuk.  The only Met who has seen Paxton a few times is Carlos Gomez, who has three hits in his twelve at-bats against Paxton.  One key to the game for the Yankees could be getting an early lead.  Opposing hitters are batting just .202 with a .298 slugging percentage against Paxton when he has pitched with the lead.  Those numbers jump to .298 and .447 respectively when the Yankees are behind.


29-year-old Zack Wheeler will start game two for the Mets.  Even though his ERA isn’t all that impressive, Wheeler has pitched at least six innings in eleven straight starts, and strikes out ten batters every nine innings.  Wheeler tends to struggle more in the early innings, though.  His ERA in the first three innings is 6.23, in innings four through six that drops to  3.44, and in innings seven through nine he's at his best, with an ERA of just 2.16.  Even though Cameron Maybin is the only Yankee to face Wheeler more than three times, the Yankees might have an opportunity to jump on him early and give Paxton an early lead.