It’s the weekend that baseball fans from across the pond have been waiting for all season. Major League Baseball’s inaugural London Series, between arguably the league’s two most storied franchises, takes place this Saturday and Sunday. These two rivals have played each other five times so far this season, with the Yankees taking home four of those wins. Coming into the series, the Yanks are a season-high 10 games ahead of the Red Sox in the loss column. The Yankees come in at a season-best 52-28 (winners of nine out of 10), while Boston enters plays with a 44-38 record after winning six of their last 10 games. 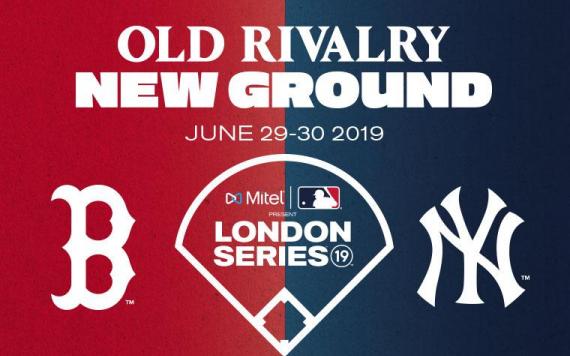 Masahiro Tanaka, who gets the ball in game one of the series, is in the midst of one of the best stretches of his career. The sixth-year Major Leaguer has a 2.75 ERA in his last nine starts, which dates back to May 7. With Luis Severino injured, and James Paxton’s inconsistencies, Tanaka has been the clear-cut ace of the Yankees staff this year. This will be the first start of the season for Tanaka against the rival Red Sox. In four games against Boston last year, the 30-year-old had a 7.58 ERA and 1.79 WHIP, so something has to give. Each of Boston’s big bats have good career numbers against the New York righty, too:

Rick Porcello will be on the mound for Boston looking for a better result than his last time out against the Yankees. On June 1 at Yankee Stadium, Porcello allowed five runs, on nine hits, in 4.2 innings. His Jekyll and Hyde nature makes it almost impossible to predict what you’ll see from him on a given night.  In the month of June, the 30-year-old has a 4.75 ERA in 30.1 frames on the mound. It hasn’t been a great year for the New Jersey native, but he has long been someone who pitches well against the Yankees in big games (see last year’s ALDS). As for how the current Bronx Bombers fair against him, it’s a bit of a mixed bag:

(Updated after Chad Green and Nestor Cortes each had to be used in Saturday's 17-13 win over Boston.)

This game was originally scheduled to be a Chad Green to Nestor Cortes bullpen day, but those two were forced to throw a combined five innings in game one of the series after Masahiro Tanaka was knocked out in the first inning. After the team's 17-13 win, manager Aaron Boone announced that Stephen Tarpley would serve as the opener of a bullpen day in game two. Tarpley is coming off a nice week in which he threw two late-game, scoreless innings in the Yankees sweep of the Toronto Blue Jays.

Following him, the entire Yankees bullpen is likely available outside of Chad Green, but Boone may want to avoid certain pitchers who worked on Saturday. Look for Chance Adams, who was added to the roster before game two, to work after Tarpley as the chunk reliever for three or four innings. Adams has a 3.97 ERA in 11.1 innings with New York in 2019, and a 3.78 ERA in 10 starts for triple-A Scranton/Wilkes-Barre. Adams has yet to face the Red Sox this season.

For the Red Sox, Eduardo Rodriguez gets the ball in game two. Rodriguez has had an up-and-down season for the Beantowners, and recently it has been down. The 26-year-old has a 4.86 ERA in his last four starts, and that includes an outing where he gave up just one run over seven innings versus the Orioles. Rodriguez has yet to make a start against New York in 2019, but he had a 6.52 ERA in five games (three starts) when taking on the boys from the Bronx last season. With all of the Yankees right-handed power threats, this is a great matchup for their offense on paper. But their career numbers don't indicate that:

During this weekend’s festivities, the most important thing is that these two teams can get through the weekend without any injuries or strange occurrences taking place. This London Stadium field has a very odd setup with the vast amount of foul territory, and the use of artificial turf. Add in the fact that New York comes into this series red hot, and you just hope the long flight, and distractions of London, don’t take them out of their rhythm. Hopefully this is an event that can help grow the game of baseball in Europe, and there’s no better way to do that than sending over the Yankees and Red Sox. This should be a very interesting couple of games, if nothing else.

Note: Thairo Estrada has been added as the roster's 26th man for this series.