Showing posts from September, 2019
Show all

#NextManUp: The 2019 Yankees have been a joy to watch 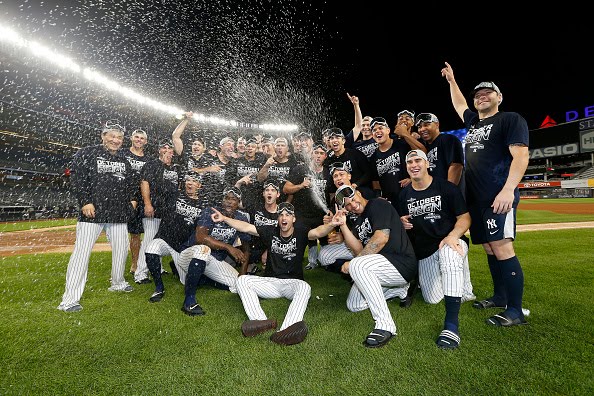 The 2019 New York Yankees have been riddled with injuries from the beginning of the season.   That statement is no exaggeration. Photo Credit: Getty Images Before the season even officially began, Didi Gregorius found himself on the Injured List after undergoing Tommy John surgery.   Giancarlo Stanton’s first injury of 2019 came in the form of a biceps injury, then a shoulder injury, then a calf injury and finally, a knee sprain during one of the nine games he played throughout the season.   Fans looked forward to the return of Miguel Andjuar, only to have him sidelined with a labrum injury from May 21 onward.   Aaron Hicks didn’t make his 2019 season debut until May 19 thanks to an injury to his back.   And mostly everyone forgot about the likes of Ben Heller and… dare I say it… Jacoby Ellsbury.   Oh, and Greg Bird finding himself injured once again, seemingly eliminating any battle for the job at first base between him and Luke Voit. While us fans were pret
Post a Comment
Read more

What's next for Dellin Betances after a lost 2019 season?

After a regular season that was marred by injuries, we are down to just the last few games and the playoffs are just over a week away. Despite a comical slew of injuries, the Yankees have punched their ticket to the postseason and have also managed to get back most of their major contributors. While they will head into the ALDS with as close to their “Death Star” lineup as we’ve seen all season, there are a few players that will not make it back for this year’s Yankees and one of the most notable is Dellin Betances.  Credit: Bill Kostroun/AP
Post a Comment
Read more 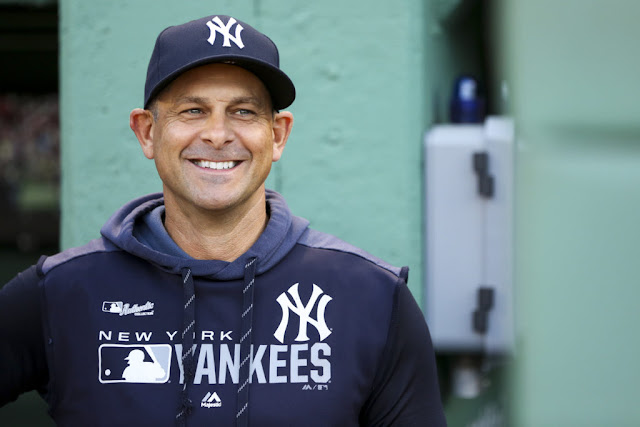 Aaron Boone, rightfully so, is a candidate for the 2019 American League Manager of the Year. While the baseball community at large isn’t surprised by this candidacy, it’s safe to say that Boone, in spite of leading the Yankees to 100 wins, was not in the running in 2018.   Boone faced his fair share of critics in his rookie year as the Yankees’ manager, and filled the shoes of a predecessor who brought a very different management style to the Bronx (a style that fans grew used to after ten years of loyal service).   So, what brought Boone over the top during the 2019 season?   Why wasn’t 100 wins and a playoff bid as a rookie manager enough to be considered for the honors of Manager of the Year last year? Why is Boone already a top contender for the award? Photo Credit: The Athletic
Post a Comment
Read more

Previewing the final week of the 2019 Regular Season

Heading into their final five regular season games of the 2019 season, the Yankees have wrapped up most of their business, with just a few loose ends left over.   The Yankees just concluded their final regular season homestand this past week, taking two of three from both the Angels and Blue Jays, wrapping up their first AL East crown in seven years in the process.   The final homestand saw the Yankees hit the 100-win mark for the second consecutive season, the return of Luis Severino (who dominated in his two appearances) and Giancarlo Stanton, as well as the final regular season start for future Hall of Famer Carsten Charles Sabathia.   CC was honored with an emotional ceremony on Sunday afternoon, his last ever regular season game at Yankee Stadium.
Post a Comment
Read more
More posts