Showing posts from October, 2019
Show all

Larry Rothschild will not return to Yankees for 2020 Season 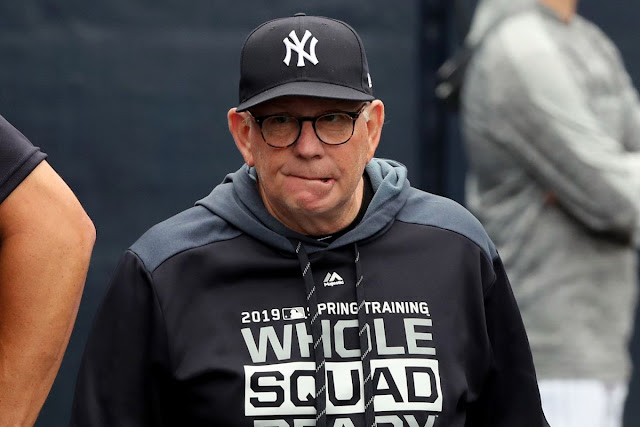 The Yankees announced in the morning of October 28th that Larry Rothschild, veteran pitching coach who started in his position in 2011, has been relieved of his duties and will not return for the 2020 season.  Photo Credit: New York Post “I want to personally thank Larry for his near decade of commitment to this organization,” Brian Cashman said in a statement. “Larry cares deeply about his craft, and the pitchers under his tutelage, and he played a significant role in our success over the past nine seasons.” The New York Yankees today announced that Larry Rothschild will not return to the coaching staff for the 2020 season. pic.twitter.com/5rTA6a3noA — New York Yankees (@Yankees) October 28, 2019 Going into the 2020 season, Cashman will have to look for a replacement for Rothschild to work alongside Aaron Boone with the Yankees’ pitching staff. Possible candidates discussed by Yankees color commentators include the likes of David Cone, Brent Strom currently o
Post a Comment
Read more

Three Keys for the Yankees to take ALCS Game Three 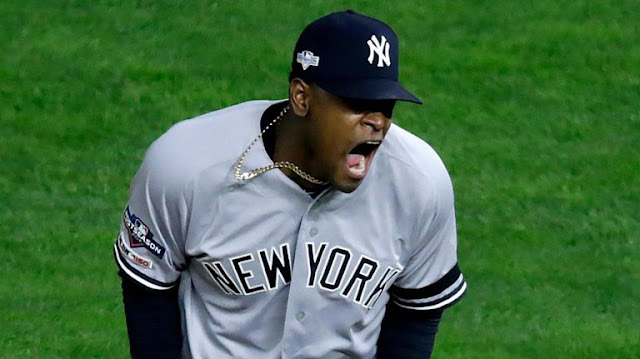 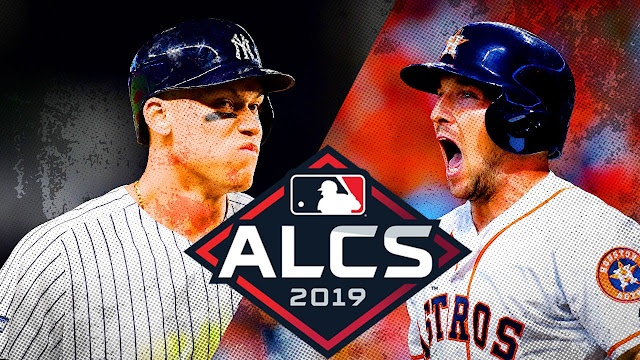 Ladies and gentlemen, we have finally arrived.   The matchup the baseball world has been patiently awaiting since mid-summer is finally here. Yankees. Astros. The 2019 American League Championship Series. A shot at a World Series title on the line.   How the two teams got here, however, could not be any more dissimilar.
Post a Comment
Read more 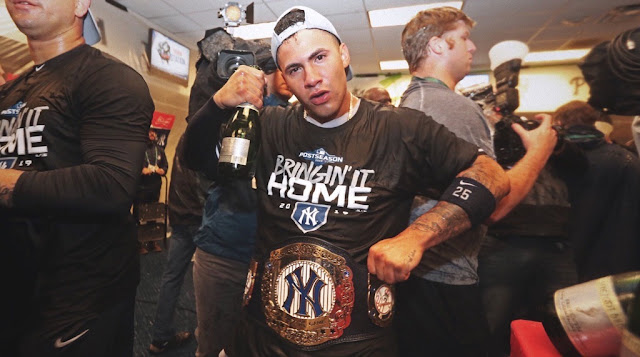 It is officially acceptable to say “next team up” as the Yankees have swept the Minnesota Twins and will be moving on to face the winner of the Astros and Rays in the 2019 ALCS. Despite only being two games better than the Twins in the regular season and losing their home run record to the AL Central champs, the Yankees absolutely dominated the Twins in this series. With this series now concluded, the Yankees have won 13 straight playoff games against the Twins. This series also resulted in the Yankees having the second-best run differential in a three-game playoff series ever at a mark of +16. Photo Credit: Twitter
Post a Comment
Read more 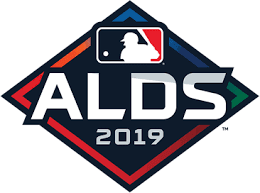 The best news surrounding the American League Division Series, at least for the Yankees, is that they will be heading right out of the metaphorical gate at Yankee Stadium.   Oh, and that if they are forced to head to a Game Five with the Minnesota Twins when vying for a ticket to the American League Championship Series, they will be able to play that important fifth game at home as well.   Out of the 103 wins recorded in the regular season for the Savages, 57 of them came in the Bronx.   What’s more, out of their 59 regular-season losses, they only lost at home 24 times.   That’s it.   Photo Credit: Wikipedia
Post a Comment
Read more

How does Luke Voit factor into the Yankees' postseason? 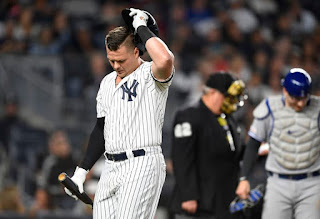 October baseball is finally upon us. On the heels of a 103-win season and an A.L. East division title, the Yankees will host the Minnesota Twins tonight as they embark on the chase for their 28th World Series Championship. In revealing their Division Series roster earlier this afternoon, the Yanks answered one of the bigger questions fans were left with at the end of the season, opting to carry slumping first baseman Luke Voit while omitting the white-hot Mike Ford. Photo Credit: NY Daily News Envisioning an infield rotation that didn’t include Voit would have been ludicrous just a few weeks ago, and to consider leaving him off the roster altogether unfathomable. At the end of August, he carried a .280 batting average with 19 home runs to his name. However, the 26-year-old slugger very nearly wrote himself out of the Bombers’ October plans in the season’s final month. Voit ended the season on a 1-for-32 skid with an alarming 41% strikeout rate over that span.  That being sa
Post a Comment
Read more

The postseason is finally upon us, and it’s time to look at the options present for the Yankees in terms of who will patrol the  outfield.  It ’s a mix of established names and some key players who have stepped up in a major way this season.   Right Field: Aaron Judge   The Yankees’ talisman and  one of the brightest young stars in baseball, Judge was able to hit 27 homers and drive in 55 runs despite being limited by injury some of the year.  He’s also coming in hot, posting a .991 OPS through the last 20 games of the regular season.  Judge is also terrific defensively, with 7 outfield assists in the regular season.  He will look to carry a lot of the load offensively in this postseason, batting out of the #2 spot almost exclusively.   Photo Credit: Getty Images Left Field: Giancarlo Stanton   Stanton’s 2019 regular season has been one to forget,  having only played 18 games due to a variety of injuries. However, this is still a man who drove in over 10
Post a Comment
Read more

Injuries to look at heading into the ALDS 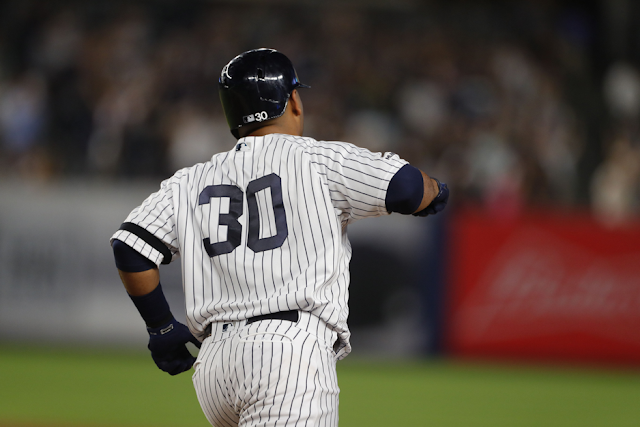 Just like that, the 2019 New York Yankees regular season has come to an end. The Bombers finished with a 103-59 regular-season record, being one of four teams to end the season with more than 100 wins for the first time in MLB history. Calling this season a rollercoaster would be an understatement. It seemed like another name was hitting the IL at every corner that was turned. The Yankees lead the league in both the number of different players that spent time on the injured list (30) and lead by almost 600 in total days spent on the injured list with 2,614. But, ironically, the Yanks head into the postseason looking about as healthy as they have throughout the duration of the season with just a couple names to keep an eye on. Photo Credit: Noah K. Murray/USA Today Sports
Post a Comment
Read more 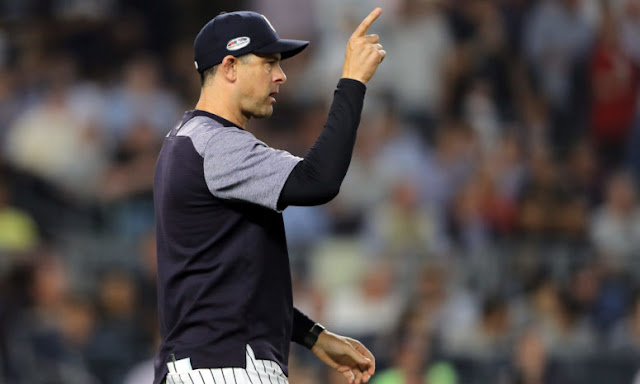 October is here and 11 wins and 297 outs separate the New York Yankees from their 28th World Series title. To get there, Aaron Boone will have to get creative with his pitching staff. Gone are the days of counting on a starter to go more than five innings in a postseason start, and the Yanks just won 103 games despite having a starting rotation that was, at times, shoddy. In last year’s postseason, New York got 27 innings out of the bullpen and just 17 frames from their starters. Ideally, it will be more of a 50/50 split this season, but the team only has three true starters heading into October due to injuries, ineffectiveness and a suspension. Photo Credit: Elsa/Getty Images
Post a Comment
Read more

The Yankees have completed the regular season, closing out 2019 with a record of 103-59. Next up: ALDS Game 1 against the Minnesota Twins. Coming off a 101-win season of their own, the Twins will not be easy, so New York can’t afford to look ahead to a potential ALCS meeting with the Astros. With that in mind, it’s time to look at who will crack the starting lineup on Friday.   Photo Credit: MLB.com
Post a Comment
Read more
More posts