Showing posts from December, 2019
Show all

The Yankees’ offseason is off to a great start. The club’s main focus all along was to add Gerrit Cole, finally giving New York the true, dominant Ace, they have needed.  In the days following, the team was able to retain veteran outfielder Brett Gardner.  Now, the Yankees could look to the trade market to round out their roster and get set for 2020. Let’s take a look at who could be available and how they could fit in pinstripes. Photo Credit: CBS Sports
Post a Comment
Read more 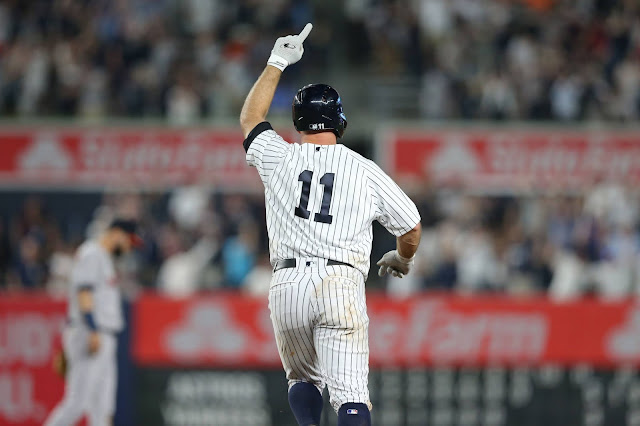 Yankees' next order of business: Getting the band back together 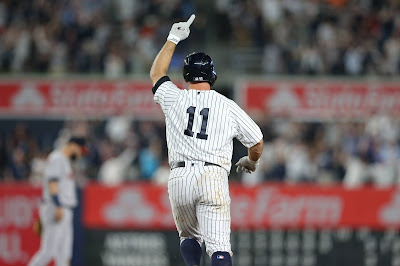 With Cole-a-palooza officially out of the way , the Yankees can turn their attention on filling out the remainder of their roster this Winter, and the first moves to be made should be taking care of the family business.   Per SNY’s Andy Martino, the Yankees could be closing in on a deal to bring back Brett Gardner soon.
Post a Comment
Read more 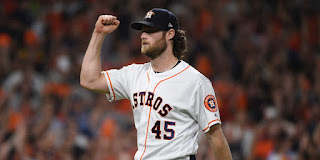 Rejoice. The New York Yankees have signed Gerrit Cole to a nine-year deal worth $324 million. The deal comes with an opt-out clause after the 2024 season, according to Jeff Passan. It’s an obvious record-breaker for a pitcher, shattering the seven-year, $245 million pact signed earlier this week by Stephen Strasburg, who also happens to be a Scott Boras client. Photo Credit: AP Cole shined this past season in just about every way possible. The California native went 20-5 for the Houston Astros, leading the league with a 2.50 ERA (185 ERA+) and a whopping 326 strikeouts in 212.1 innings. He was the runner-up for the AL Cy Young award, finishing behind his former teammate Justin Verlander. He continued his dominance in the postseason, where in five starts (36.2 IP) he went 4-1 with a 1.72 ERA. Cole’s path to pinstripes has been a unique one. He was a 1st round draft pick of the Yankees in 2008, but opted instead to attend UCLA and was selected 1st overall by the Pirates in 20
Post a Comment
Read more 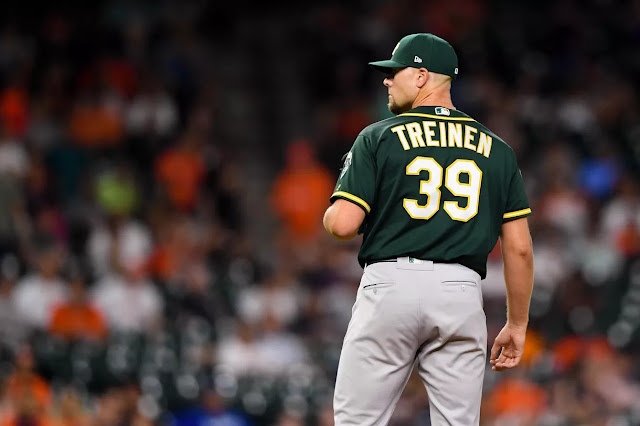 The belief around the league is that the Yankees have pushed all other free agents to the back burner during their paramount pursuit of Gerrit Cole. Initial offers have been made within the last 24 hours and a potential deal could come to fruition by the end of the week. While the priority this winter is clear, that isn’t to say there’s no other business Brian Cashman needs to attend to. See here: Blake Treinen became a free agent last Monday, and the Yankees would be foolish to let him pass.
Post a Comment
Read more 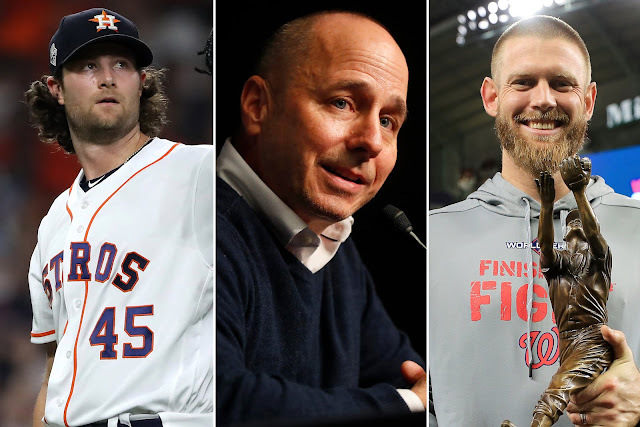 It's the offseason news that Yankees fans have longed to hear.   While nothing is "in stone" yet, and anything can change in the coming weeks, the Yankees Front Office is reportedly in talks with both Gerrit Cole and Stephen Strasburg.  Photo Credit: New York Post
Post a Comment
Read more
More posts