There is the reason for concern heading into this week of action as the Yankees begin a fresh week of baseball Tuesday in Atlanta. But, brighter skies may be ahead for the Bombers.

Aaron Judge is back, let’s get that out of the way. Judge will be activated from the IL prior to Tuesday’s game against the Braves, coming at the perfect time. The Yankees are coming back this week after getting swept in a three-game series by the Rays at home, dropping them to second in the AL East, and having a weekend off after their series at Citi Field was postponed due to COVID-19. 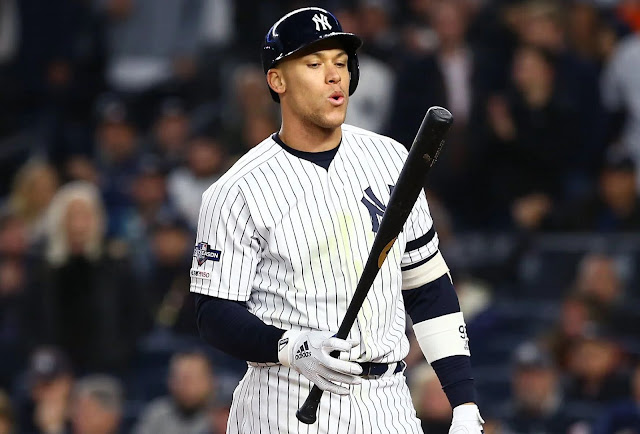 Unfortunately, Judge does not solve all the issues for the team as they still are without Giancarlo Stanton, DJ LeMahieu, and Gleyber Torres. Torres was officially placed on the IL Monday with the move retroactive to Friday after being diagnosed with a Grade 1 strains in both his left hamstring and left quadriceps. With glaring holes to still be filled, the Yanks will still have to play with the #NextManUp mentality they have been forced to roll with for a couple of seasons now. With not much positive coming from the series against the Rays last week, Luke Voit was a bright spot as he continued to stay red hot. Voit went 4-for-10/4 runs/5 RBIs in three games with a home run in each. Gio Urshela was impressive in the final game as well with 2-for-4/1 run/2 RBIs with a double and a 2-run shot to left.

As the team looks to get back on track, this week’s pitching matchups will look as follows.

As the Yankees head into this week of matchups, this will be only the second of the season that they will not see a team within their division. Coming off of the Tampa series, this may help to keep the nerves at a low as they just look to get back on track. Although the Braves have not announced their game-one starter, the Yankees do know that they will be seeing young-arm Max Fried in game two. Fried is putting together a strong season for himself as he has only allowed one run in his last 16.1 IP over three games.

When it comes to the three-game series against the Mets, the teams just hope to get the games played as this past weekend series was postponed. The Yankees got a small serving of both Porcello and Oswalt in their Summer Camp games on July 18 and 19. In those games, the Bombers put up 3 ER in 5 IP on Porcello and 2 ER in 3.0 IP on Oswalt, respectively.

Let’s be honest, the pitching that the Yankees will be seeing this week is not stellar, except for Fried. These five games will either be the boost the team needs to get their bats back on track or, a wake-up call for some guys to step up as some key hitters remain absent from the lineup. 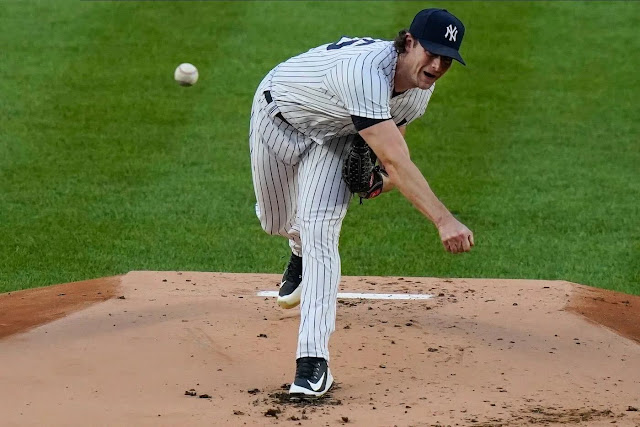 What to Watch for:

1.     Aaron Judge – Judge looks to continue his MVP-like run he was putting together before landing on the IL. He has 9 HR with a 1.101 OPS through 17 games this season, unbelievable. But, the hope is that his stay on the 10-day IL did not slow him down. Judge explained how he was feeling 100-percent just days after being placed on the IL and asked the team desperately to not place him. Hopefully, this is a good sign heading back into the shortened season.

2.    Will the pitching be… better? – Outside of the ace of the staff Gerrit Cole, the Yankees starters have looked quite lost on the mound as of late. Tanaka put on an awful showing last Tuesday against the Rays in the Bronx where he gave up eight hits and 5 ER in just 4 innings of work. Paxton did not look much better in his start on Thursday, giving up 3 ER through 5 IP on only one hit with 4 walks. He is now also on the IL.  If the Yankees are looking to come out on top leaving Atlanta on Wednesday, they will need more out of their staff outside of Gerrit Cole and Chad Green who have both been unreal thus far.

3.    Slowing down Atlanta – the Braves lineup comes into this series scorching hot after going 2-1 in their series against the Phillies where they were thrown on at the plate to end the game in the ninth. Along with this, Ronald Acuña Jr. is likely to be back in the lineup Tuesday if all goes as planned. With a key hitter coming back into the fold for the two games in Atlanta, as said before, the Yankees pitching needs to be better outside of Gerrit Cole.

With an important week ahead, the Yankees need to be on top of their game if they want to keep their hopes alive to play meaningful baseball in October. Although they won’t be seeing any division rivals, they need to come out on the winning side if they want to regain their lead in the AL East, where they sit a game back on the Tampa Bay Rays. The poor play of last week cannot be lingering in the back of the team’s mind as they head into Tuesday’s game with one of their sluggers back in Aaron Judge.