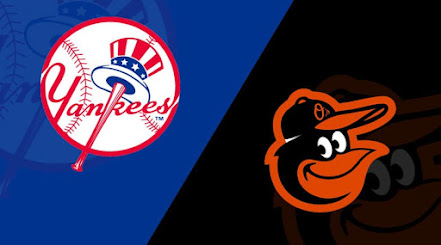 After a weekend series in Cleveland leaves the Yankees record at 9-12, they will be traveling to Baltimore for a four-game series. Immediately following that, the bombers head back home to take on the Tigers in a three-game set.

The Yankees took three out of four in a much-needed winning series against the Indians, their first since their second series of the season the last time they saw the Orioles.

The bats have looked better, the pitching is more consistent, and it looks as if the Yankees may finally be turning a corner from their historically bad start. However, this is just the start as the next 7 days present two must-win sets if they want to keep themselves on a winning path against two squads the Yankees beat out on paper.

Deivi Garcia will look to get his first start of the season in the series opener of the Orioles series at Camden Yards. Garcia has spent the near first month of the season at the alternate site awaiting a call-up to the big-league squad after he was beaten out by Domingo German for the final rotation spot heading into the season. In six starts in 2020, Garcia put together a 4.98 ERA and a 1.19 WHIP and showed flashes of why he is the third-ranked Yankees prospect at 21-years-old.

For the remainder of the series, the Yankees will turn to Kluber for game 2, German for game 3, and will finish up with Jordan Montgomery for game 4 on Thursday. Kluber continues to be average in every start he makes. In his most recent start against the Braves, he pitched for 4.2 innings and only allowed 2 ER. He does what he needs to do, keeps the team in games as long as the lineup can give him run support.

German also put together his most impressive start of the season in game 1 against the Indians where he went 6 innings and allowed only two runs in what was a tough outing that he easily could have let get away from him.

Not much information is out regarding the Detroit series that will begin on Monday. Word has been out that the Yankees will potentially roll with a 6-man rotation for the time being by sending pitchers up and down from the alternate site.

One thing is for sure. If the Yankees lineup does not hit like they did the past four days in Cleveland, things will not look good for them trying to compete in the AL East. It’s still early, but, the Yankees are playing in a strong division that looks about as wide open as it can get about a month into the season with the Bombers sitting at the bottom of it. The fanbase is restless and has been waiting for this team to show their full potential for several seasons now, this may just be the time to completely turn this season around and start a run.