The Yankees have pulled off their first big move of the 2021 Trade Deadline week, acquiring a much-needed lefty power bat in the form of Texas Rangers’ slugger Joey Gallo.  The trade also nets the Yankees RP John King Joely Rodriguez. 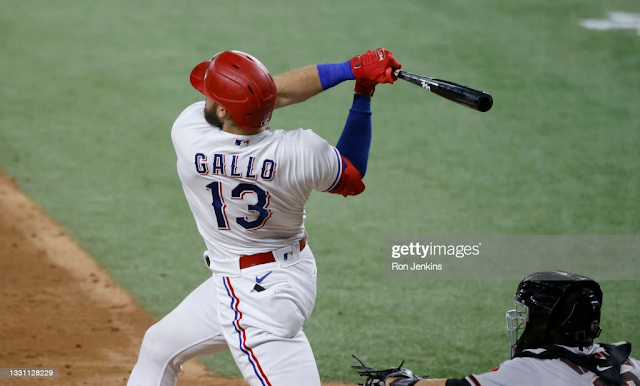 The Joey Gallo trade is inching forward. The Yankees would get Gallo and LHR Joely Rodriguez from Texas for 4 minor leaguers: RHP Glenn Otto, 2B Ezekiel Duran, SS Josh Smith and 2B/OF Trevor Hauver. Neither team has announced it officially yet.

Rodriguez's 5.93 ERA is far from impressive, but his FIP is much lower at 3.70, indicating he might be the victim of some bad luck this year.  His metrics via Baseball Savant are a mixed bag, but obviously the Yankees see something they can unlock in him to turn him into a useful piece in the bullpen. 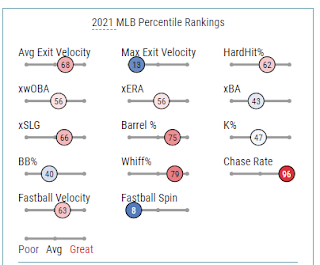 Per multiple reports, the Yankees will send a package of six minor leaguers to Texas for Gallo and King, headlined by Ezequiel Duran and Glen Otto.

Hear are names I've been told could be coming back Rangers way from Yankees: SS Josh Smith, 2B Ezequiel Duran, OF Everson Pereira, 2B-OF Trevor Hauver, RHP Glen Otto & RHP Randy Vasquez. Still nothing official. May take some time to sort through medicals

Perhaps the most important part of this trade was that the Yankees were able to deal from their minor league depth without having to give away any of their highest ranked prospects. In fact, none of the Yankees’ top-13 prospects per MLB Pipeline were involved in this deal, leaving New York with plenty of ammo to make future acquisitions later in the week.

Joey Gallo is in the midst of a monster offensive season, currently slashing .223/.379/.490; his low batting average offset by the high on-base and slugging figures he’s producing.  Gallo has been white hot over the last month, and has 25 HRs and 55 RBIs to his name over the course of the season.  His OPS + is a stout 139 and he owns a 4.1 WAR thanks as well to his stellar defensive.  He currently leads all major league outfielders in outs above average (OAA) over the last two seasons per Baseball Savant.  Gallo is controllable through next season.

The Yankees have not yet announced this deal and the YES Network has stated that this deal is not yet complete.  Story will be updated as more information becomes available.