The Yankees aren’t boring anymore! Well, maybe they still are, but not for the same reasons as they were previously.  The Yankees have been in a rut most of the season of bland, vanilla, stale – whatever you want to call it – baseball and were dealt another series of blows this weekend to start the second half, losing Jonathan Loaisiga, Wandy Peralta, Nestor Cortes, Aaron Judge, Gio Urshela and Kyle Higashioka to the COVID IL. Loaisiga is set to return later this week against Boston, however, news broke on Sunday afternoon that Darren O’Day’s hamstring injury will cost him the remainder of the season. Zack Britton returned from the IL, but Tim Locastro tore his ACL on Saturday, and his season is done.  Rougned Odor is showing some signs of life, but Luke Voit is back on the IL. One step forward, one step back. 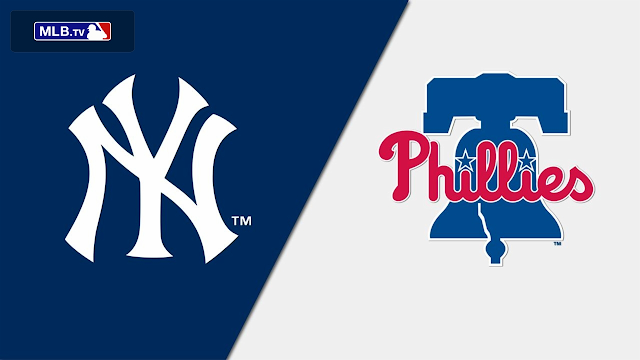 It’s not all bad news, however! The New York RailRiders Yankees actually won a game against the Boston Red Sox! In fact, they won two! Perhaps it’s just some regression ascension to the mean, or maybe it’s that these younger Yankees aren’t slow, unathletic and boring and actually injected some life into the team.  Regardless of the reason, the Yankees have now won three straight series dating back to the series in Seattle and perhaps have some fight left in them.  Let’s take a look at the week ahead.

*starters to be announced later in the week


Are the Yankees back yet? Let’s slow our roll. We’re still missing our most important bat in Judge, our best infield defender in Urshela, and our ace’s personal catcher in Higashioka, as well as the biggest surprise out of the pitching staff all year in Cortes.  Aaron Boone mentioned on Friday night he expected all COVID-positive players to miss at least ten games. Yuck.

There are some things to be encouraged by, however.  Gerrit Cole seems to have regained his form even without the use of spider tack, Johnny Pasta is set to return this week, DJ LeMahieu is heating up, Greg Allen was a nice surprise during the most recent Boston series, and Chapman looks, well, let’s just say better. He’s not all the way back yet, but it’s hard to be worse than he was a few weeks ago.  Like Cole, he’s probably just working out the kinks on how to pitch without the sticky stuff.


The Yankees surely remember the beating they got from the Phillies last month – dropping both games in the abbreviated weekend series, one in excruciating extra-innings fashion (seriously, who likes that rule??).  Jameson Taillon had his worst start in pinstripes in that series but has looked MUCH better since.  Aaron Nola utterly dominated us to the tune of 7.2 shutout innings, allowing only four baserunners total (one walk, three hits) and striking out nine.  German looked awful that day, but will get his chance at revenge on Tuesday night.  All the momentum from the Boston will goes down the tube and the team might even look to sell at the trade deadline in just over a week if they don’t at worst split this series against the Phillies.

The Yankees wrap up the week with another weekend set in Boston where they were most recently swept, and it wasn’t particularly close in any of the three ballgames.  The Yankees might look a little different than they do right now by the time they roll into Fenway Park on Thursday (either via additions or subtractions), but the result needs to be the same as this past weekend: win the series.

This is the position this team has put itself in after such a mediocre first half of the season.  It feels like every night is a must win game, every series a must-win, every loss inching closer to the reality they we might miss the playoffs entirely.  So it goes when you have World Series expectations but find yourselves sitting in fourth place midway through July.  Is a historic turnaround on the horizon, or is this team exactly who we think they are?  We’ll get some answers to those questions over this next week.