Just ten short days ago, this team looked on death’s door, dropping back-to-back games to the Cleveland Indians at home by a combined score of 22-4.  They had fallen out of a wild card spot by 1.5 games, and trailed Boston for the top spot by 2.5 games.  All of the good vibes and positivity accrued during their 13-game winning streak from August 14-27 was seemingly out the window.  They appeared headed for an early end to their season – one that began with lofty expectations of a World Series title.

A season that has felt like a six-month roller coaster ride had hit another snag, and this time it felt like the ride was about to end.  But then something changed.  It’s hard to point to the exact moment, because despite sweeping the Texas Rangers at home, the games were still ugly at times.  However, the pitching began to turn around, particularly from the bullpen, and the team started getting some clutch hitting – a skill set that has evaded them most of this 2021 season.  Fast forward to today, and the Yankees have now ripped off seven straight wins (including a sweep of the Boston Red Sox at Fenway Park), they sit atop the American League Wild Card standings again and have a magic number of just three to clinch a postseason appearance.  Most importantly, the Yankees are getting big performances from their best players at the most important time.

What Stanton is doing at the plate right does not seem real, or even possible.  When this dude is off he looks awful, but when he’s on? He’s one of the most special players to watch in all of baseball.  To quote Aaron Boone as he's referred to Stanton many times this season, "he's a unicorn".  He is currently in the middle of his second 4+ game HR streak of the season (also August 23-27) and is unequivocally our most impactful bat right now.  Stanton has had clutch hit after clutch hit of late, but none was bigger than his go-ahead grand slam against the Red Sox in the eighth inning on Saturday night.  Over his last seven games, Stanton is slashing an absurd .407/.433/1.037 (1.470 OPS) with five home runs and 16 RBIs.

Stanton’s white-hot stretch of late overshadows just how good Judge has been over the same period.  Judge has been the Yankees’ most consistent hitter throughout the year, and he’ll likely garner some MVP votes when all is said and done, but he has elevated his game even further during this most crucial stretch of games.  During this seven-game winning streak, Judge is slashing .348/.467/.739 with a pair of home runs and nine RBIs, but he consistently finds himself in clutch spots and continues to come through.  No hit was bigger than his go-ahead two-run double on Sunday night against the Red Sox which provided the winning runs.  Judge did dislocate his pinky sliding into second base on said double, but showed no worse for the wear on Tuesday, swatting a game tying home run off Blue Jays' starter Hyun-Jin Ryu.

Cole was booed off the mound last Sunday after getting torched by the Indians to the tune of seven earned runs and ten hits allowed over 5.2 innings, but righted the ship in a big way on Friday night in Boston.  The Yankees gifted Cole a huge early lead, and despite not looking his best, he still gutted out a quality start to earn his 16th win of the season.  Other than that Indians start, Cole has been as good as ever down the stretch, not allowing more than three runs in any other start all of August or September.  He’ll get the ball tonight in Toronto looking to secure the series win, and will be lined up to pitch on Sunday in an emergency situation should the Yankees need a victory in game 162 to get into the playoffs. 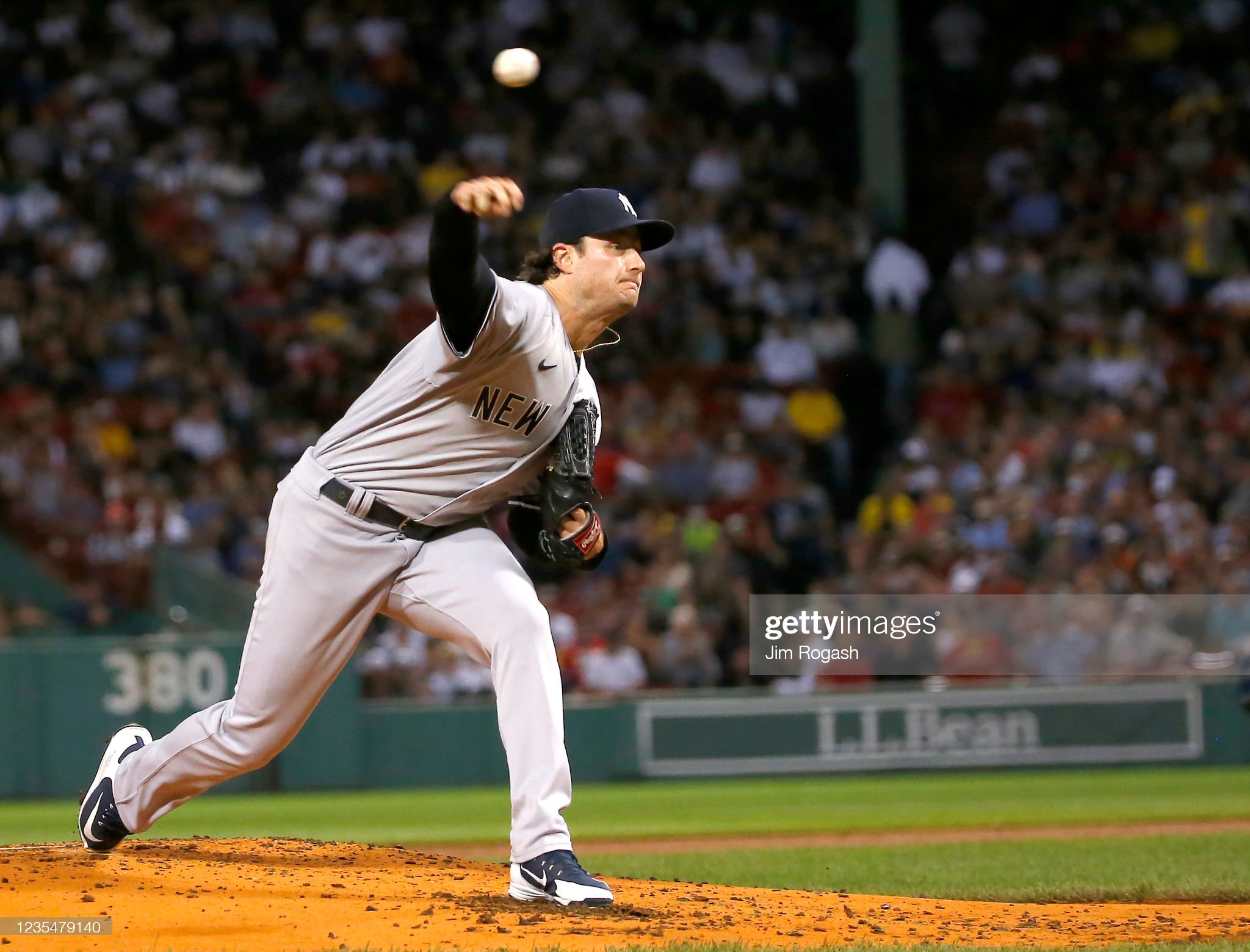 Chapman’s up and down season has been well documented, but he’s quietly rounding back into form at just the right time.  Dating back to the last win streak, Chapman has ten scoreless outings in 13 appearances and has secured seven saves in seven opportunities.  Over that stretch, he has recorded 22 strikeouts in just 12.1 innings, while holding opposing hitters to a .140 batting average and .326 slugging.  His velocity might not come all the way back this year, nor may his fastball control, but he’s using his offspeed pitches more effectively and the results are there.  If the Yankees expect to make a deep playoff run, Chapman needs to be that same rock in the ninth inning the rest of the way.

Gio Urshela – slashing .360/.385/.480 over his last seven games while taking over duties as the team’s primary shortstop

Luis Severino – Sevy has returned from a two-year absence due to injuries and has yet to allow a run, striking out seven over five innings in three appearances out of the bullpen

Chad Green – Green has had a lot of ups and downs this season, but has been solid over this seven-game winning streak, appearing in five games, tossing 6.1 scoreless innings

The Yankees expected to get back Jameson Taillon for the stretch run, but unfortunately his ankle injury was reaggravated last night and he’s likely done for the season.  On the flip side, however, the Yankees are expected to activate Jonathan Loaisiga today which adds one more bullet to the chamber in the New York bullpen.  Loaisiga was arguably the team’s best reliever before his injury and getting him back creates additional depth to bridge from starter to Chapman.