Opinion: All I want for Christmas is for the Yankees to make these moves 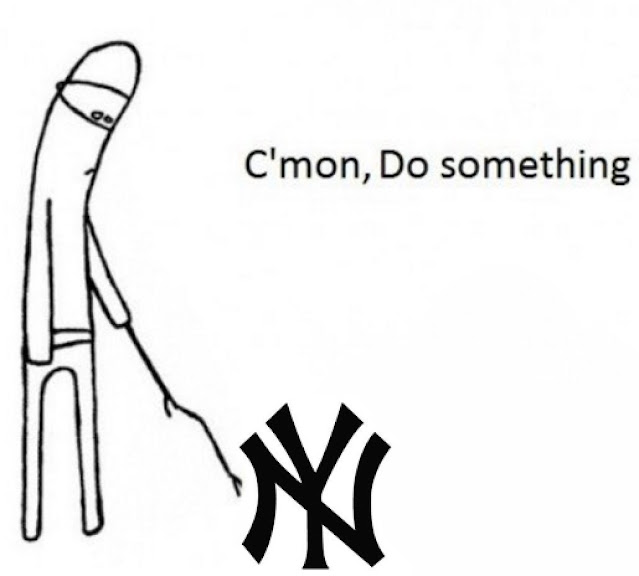 Christmas Eve might be in 23 days, but Hal Steinbrenner and Brian Cashman have far less time than Santa Claus does to make a list and check it twice -- as the CBA lockout will inevitably begin at 11:59pm tonight.

Players have been told collective-bargaining negotiations are done for the day.

So, instead of sending a letter to Santa, I’m writing this list, available immediately.  Though at the rate we’re going, the likelihood that the list will reach the North Pole before Christmas Eve is greater than it reaching Hal and Cash on time. Of course, with any luck, there will be a new CBA before Spring Training and in the event that these wishes are not fulfilled in the next few hours, this list will still apply once work can resume.

This one seems highly obvious; however, there are some Yankees fans still out there crying that the Yankees have Anthony Volpe coming up in their system and therefore, a shortstop isn’t needed.  Word of advice: you can have a premium shortstop AND still cultivate talent from within your minor league system.  If the front office is too afraid of Carlos Correa (which I actually understand, no one likes a cheater), go get Trevor Story.  Please.  Moving Gleyber Torres back to 2B in 2021 was one of the best moves of the year, and no one wants to see him playing shortstop again.  And no, Didi Gregorius isn’t coming back.  Isaiah Kiner-Falefa is a good option, but this is the New York Yankees, and I want Trevor Story.

Lots of speculation was passed around last year, wondering if Anthony Rizzo was a “rental” or if he was in the Bronx to stay.  And as of today, we still can’t answer that question.  What we do know is that Luke Voit was pushed aside to make room for Rizzo, leaving the Yankees with arguably the best defensive first baseman in MLB.  He wasn’t so bad behind the plate either, hitting .249 with eight home runs and 21 RBIs -- and that’s only with the Yankees in 2021.  If Rizzo’s vaccination status is a negative to keeping him for the Yankees (and I understand completely if that’s the case), it would be really helpful for the front office to just come out and say that.  Of course, if the Yankees are holding out for Freddie Freeman on the off-chance that he won’t re-sign in Atlanta after leading the Braves to a World Series… I’d be the first person to send Rizzo packing if Freeman agreed to come to the Bronx.

In all fairness, I’m not sure who this can be based on the remaining available free agents… except, of course, Freddie Freeman.  But one of the most underrated benefits of having Rougned Odor on the Yanks’ roster was his leadership and “hype man'' mentality.  The Yankees need a hype man.  Odor was that hype man, even if his batting average and home run numbers weren’t on a par with many of his teammates.  His contributions were important, and his presence will be missed.

Aaron Judge posted this pic with Rougned Odor to his Instagram story: pic.twitter.com/wuWyLV3DF4

The once-storied Yankees bullpen didn’t look too legendary in 2021, at least not overall.  While there aren’t any big ticket relief pitcher free agents left on the marquee, the Yankees don’t necessarily need those types of pitchers.  They need the depth, so that when the postseason arrives, the current bullpen doesn’t burn out.  The bullpen’s performance in 2021, especially leading up to the postseason, might not have been the fault of the bullpen itself.  It could simply be the fault of exhaustion and overuse.  With some more depth, that issue could fix itself.

Might be a case of "too little, too late" on this one, but a new catcher (especially a strong defensive catcher) could have been a big help to the Yankees. However, there aren't any still available on the market that was worth not tendering Gary Sanchez. Sanchez is far from the best defensive catcher, but when his bat comes to life, it makes a difference. In a perfect world, the Yankees could find a new catcher for defensive purposes and make Sanchez a regular DH. That world just doesn't exist during this offseason.

What are you asking Hal and Cash for this CBA deadline (and after the agreement has been reached)?  Let us know in the comments and/or replies.