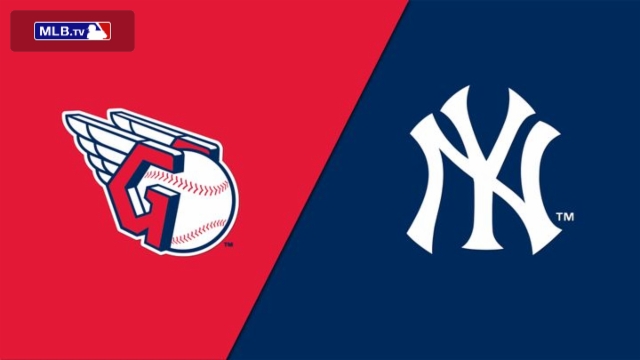 The 2022 New York Yankees are showing their fan base the same bad movie that they showed us in 2021. Pitching overall good, spectacular even, in some cases. Offense bad. VERY bad.

It’s difficult to be optimistic heading into the next sets of games, facing the first-place, 7

-5 Cleveland Guardians and what should be easy wins against the Baltimore Orioles.  However, in the previous Orioles series, the Yankees only managed to take one out of three games (the third of which was the game that included the immaculate inning from Nestor Cortes Jr.).  Not to mention, they couldn’t even sweep the Detroit Tigers, a below .500 team.  The focus of the April 21 day game in Detroit was much more on Miguel Cabrera looking for his 3,000th hit than anything having to do with the Yankees.

With begrudging hope, here are the matchups for the next week, so far:

After the offense failed to show up on Easter Sunday, Nestor Cortes Jr. needs a win.  He is proving that last season was not a fluke; between having yet to allow an earned run so far this season and striking out 12 on Sunday alone, he’s stepped into the ace role that Gerrit Cole has failed to fill.  He’s fun to root for, he’s supportive and he even throws immaculate innings.

However, Cole also needs a win.  The Yankees already have a Cole problem and failure to perform in this series against the Guardians… it goes without saying that the Cole problem will only get worse.  As for Taillon, he has also failed to produce a win in two starts, however has not pitched poorly in either.  Jordan Montgomery pitched a gem on April 21 in Detroit, striking out five and allowing one earned run over 6.0 IP.

On the Guardians side, RHP Cal Quantrill was supposed to start the series opener on Friday; however, the Guardians announced on Wednesday that Quantrill tested positive for COVID-19.  The Guardians will have 25-year-old Eli Morgan fill in for Quantrill on Friday night before giving way to Kirk McCarty on Saturday who will be making his pro debut. RHP Aaron Civale will get the ball for game three.  In 2021, Civale struck out ten Yankees and walked five, and the Yankees were 8-f0r-39 when facing him.

Pitching for the Yankees/Orioles series to this point is TBD, but if the Yankees stay status quo, we’ll probably see Sevy, Monty and Taillon again.

What to watch for:

The Offensive Offense
The Yankees RISP problem from 2021… and from 2020… and from 2019… has returned.  The lineup is hitting for “Home Run or Bust” yet again and is overall failing to drive in runs when in a RISP situation (though Aaron Boone says “not to worry…”).  The bats MUST come to life, because the problem with the 2022 Yankees is not the pitching.  It’s not the starting pitching (save for a series of worrisome and disappointing performances from Cole).  It’s not the bullpen (more on that later).  Even the subpar Cole starts have not allowed so many runs that cannot be overcome with more stellar offense.  The Yankees need to put the bat on the ball, and not only to hit home runs.  They need to get the ball in play with (you guessed it) runners in scoring position! Time will tell over the next week if they’re overcoming the slump.

Slow Joe(y)
On the heels of discussing the quiet lineup, there is one standout disappointment.  Joey Gallo… has become unwatchable.  He’s started the season hitting .121 without a single RBI, and he’s struck out 15, yes, 15 times in 11 games played.  There might still be some hope for Gallo (I don’t subscribe to the “It’s Only April” school of thought but it could be applied here), as he has hit as many as 41 home runs in previous seasons and hit 38 in 2021.  He’s due for a resurgence, but it needs to happen quickly before he becomes even more unwatchable.

IKF Continued Breakout
My father has always believed in Isiah-Kiner Falefa since the day that the Yankees traded for him.  I finally think he’s correct (as he usually is about most baseball takes).  While IKF got off to a slow start with one hit in 18 plate appearances, he’s recorded ten hits on the season, two of which took place on Wednesday night alone.  As of Wednesday night, “He’s hitting .500 (9-for-18) with two doubles and four runs over his last six games,” according to NJ.com’s Brendan Kuty.  Note how none of these hits are home runs, as IKF is showing himself to be different from the normal Yankees “home run or strikeout” mentality.

Bullpen Bonanza
Between Clarke Schmidt’s heroic performance on April 19 against the Detroit Tigers, Michael King retiring 16 straight batters on April 4, some inconsistency from Aroldis Chapman but solid performances on April 19 and 20, a stellar 1-2-3 inning performance from Clay Holmes on April 20 also against the Tigers, and the other pitchers doing their jobs, the Yankees bullpen has done – in the words of Michael Kay – “Yeoman work” so far in 2022.  Two factors lead to more work for this bullpen: the fact that Boone keeps starters on a short leash, and the fact that starters everywhere had a shortened spring training.  Based on performance to this point, there is reason to believe we will see more “Yeoman work” from the bullpen, both over the next week and all season long.

So, do the Yankees turn it around?  They are above .500, but barely.  The bullpen gives me hope.  Recent performances from Cortes and Montgomery and Sevy give me hope.  Glimmers of smart offense from IKF and even from DJ LeMahieu give me hope.  But it’s not enough.  I’ll take a series win against the Guardians as they’re a first-place team.  But if the Yankees fail to capitalize on three easy games against the Orioles and don’t get the sweep, it will continue to feel like a very long season.