Showing posts from October, 2022
Show all

BBB Reactions to the humiliating ALCS loss to the Astros

The Yankees will be watching the World Series from their couches for the 13th consecutive season, Aaron Judge is a free agent with no guarantee of his return, the Yankees are the laughingstock of the league this week after playing an embarrassing 2004 Red Sox ALCS comeback montage as motivation from their own 3-0 ALCS deficit.  Oh yeah, and did we mention we lost to Houston AGAIN?  Things are very-bad, no-good in Yankeeland right now as we embark on another offseason of frustrations and questions about where things went so wrong.  The writers of the BBB each weigh in on the state of the team and the franchise as a whole. ICYMI @RealMichaelKay went off on the #Yankees for their tone deaf “motivational” tactics prior to getting swept in the ALCS. pic.twitter.com/LPceBpzwmx — Bronx Bomber Ball (@BronxBomberBall) October 24, 2022
Post a Comment
Read more

Hello darkness, our old friend. Another failed postseason. Another infuriating defeat at the hands of the Houston Astros. Another offseason of questions that lies ahead .  In our first of a few 2022 recap pieces, the boys of the Bronx Bomber Babble Podcast break down a few burning questions for this team as we head into the offseason and look ahead at the state of the franchise that has lost their way and still hasn’t been able to solve the October riddle.   Photo Credit: MLB.com
Post a Comment
Read more

ALCS Update after Game One: We still hate Aaron Boone

The Yankees dropped Game One of the 2022 American League Championship Series last night in predictable fashion - an offensive no show at the mercy of Justin Verlander, but more frustratingly, because of the bullpen mismanagement of manager Aaron Boone.  Thoughts below from some of our writers as we react to the moves Boone made not just last night, but throughout his Yankees tenure. Photo Credit: Charles Wenzelberg/New York Post
Post a Comment
Read more

2022 ALCS Preview: Yankees vs Astros Round 3 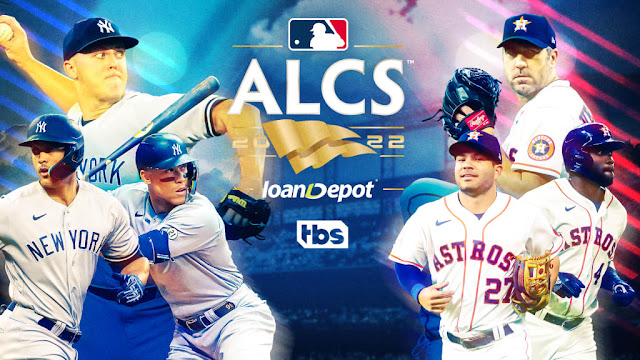 It’s the matchup we’ve been waiting for, the matchup we’ve been anticipating all year long. The 3 rd  entry into a so far closely contested but one-sided playoff rivalry. Its Yankees – Astros Part 3 in the 2022 ALCS. The Astros posted the best record in the AL this season and swept through their ALDS series against the Seattle Mariners. The Yankees struggled through much of the second half of their season, squandering their chance at home field advantage in the process, and were pushed to the brink in their ALDS series against the Cleveland Guardians. In spite of the trials they’ve endured so far, the Yankees have made it to where they wanted to be, with a chance to avenge their previous losses and get over the mountain they have not yet been able to scale. The Yankees take the field tonight in game 1, with a chance to beat the Houston Astros and advance to their first World Series since 2009. The Astros will likely be regarded as a comfortable favorite heading into the series, let’s l
Post a Comment
Read more

The end of the Chapman era

Good riddance to the Cuban Missile.   After not showing up for a mandatory team workout last week, the Yankees have announced that Aroldis Chapman will not be on the ALDS roster and, in all likelihood, will never suit up for the team again.   This strange ending to an otherwise fairly successful saga is the cherry on top of a truly terrible year for Chapman, one which saw him struggle through multiple IL stints as well as general ineffectiveness.   He won’t be missed. Photo Credit: Frank Franklin Ii/Associated Press
Post a Comment
Read more
More posts